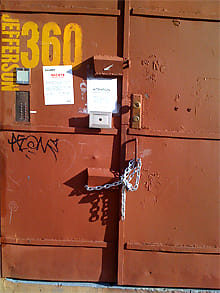 For those living in illegal loft spaces in converted factories and warehouses in parts of Brooklyn and Queens it's likely that you've looked into the new Loft Law and may even be in the process of applying.  In the case of the residents of 360 Jefferson Street, it's turning into a nightmare---their landlord is retaliating.

Background: What Is The Loft Law

The Loft Law was originally enacted by New York State in 1982 to legalize spaces in Lower Manhattan. It was recently expanded to include lofts that were occupied for 12 months between Jan. 1, 2008, and Dec. 31, 2009 and includes buildings where at least 3 units occupied. The city’s Loft Board is still adopting rules to administer the new law and is unlikely to decide buildings’ eligibility until next year which is why the whole thing is located squarely in a frustrating grey area and completely confusing.

What It Mean If You're Eligible:

If your building does end up falling under this, the law requires that landlords bring their buildings into compliance with residential building codes (sprinklers and safety standards, etc), makes the unit subject to rent stabilization ,and protects people from being evicted.

It's a source of protection and a way to become legal. In 2007, 220 resident at 1717 Troutman found themselves homeless when the Department of Buildings decided their home was "imminently perilous to life."  They had ten measly hours to pack their things and find a new home which is why this is so important. 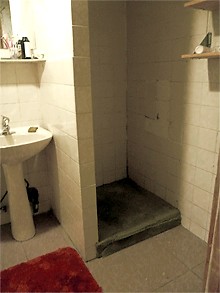 The law is already backfiring for some. The residents at 360 Jefferson Street in Brooklyn applied and their landlords are now threatening eviction. The law does protect them against being booted pending the Loft Board’s decision in their cases, but that didn't stop Mario and Maritza Villacis from calling the fire department on their tenants. They were kicked out for a week citing fire hazards and when they returned found their fire exits bricked over; hot water shut off;  shower faucets and taps tiled over; and shower drains plugged with freshly set concrete, reports the NY Times. They'd also been burgled.

Horrible. The order was only lifted on the condition that the tenants agreed to a serve as voluntary fireguards. This means someone had to carry a flashlight and a fire extinguisher all the time until the building got its certificate of occupancy.  It's cool to have cheap rent, space to work and a roof, but I don't know if it's worth that. But home is home and no one said justice comes easy.

How You Can Protect Yourself:

I live in this type of building in Bushwick and have been looking into the Loft Law. When I first contacted a lawyer, David Frazer who is also quoted in the Times article, about applying he did tell me that most people do so in groups. This eases cost of legal fees if the landlord and owner decide to fight. But still, the news of what is happening in Brooklyn makes one wonder if it makes sense to stir things up and cause trouble. Frazer told tenants told tenants at a Loft Law meeting back in July that "Landlords are not going to want to spend that money. The easiest way to do that is to get rid of tenants, and you’re going to have to start looking for ways to protect yourself." 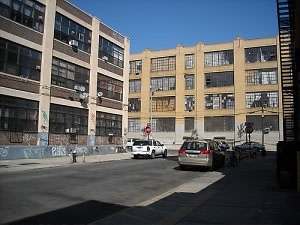 Real Property Law §235-d or, possibly, maintain an take “HP action” in Housing Court.  The former is an often overlooked statute from the 1970’s that applies only to landlord harassment against loft tenants.  The latter is a simple proceeding that allows tenant to force their landlords to correct Housing Code violations.  Since 360 Jeff is not, legally, residential, there is a probably jurisdiction issue with an HP case."

I don't really understand what they means but it doesn't sound promising.

For More Info on The Loft Law:

If you've had any problems or are currently in the application process leave a comment about your experience or what you have learned. Let's help each other. For those who want more info, the East Williamsburg/Bushwick Loft Tenants Association holds monthly meetings on the topic and is where those at 360 Jefferson first shared what was happening.  To get on the list to be notified of the next meeting, email Rachel Fuentes at rfuentes@rbscc.org.