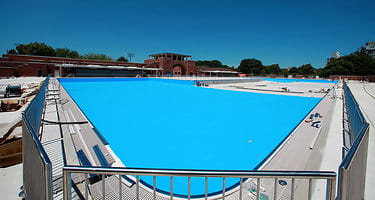 Located on the Greenpoint and Williamsburg border, the McCarren Pool used to be a haven for New York swimmers almost 30 years ago. Now, thanks to a $50 million renovation, the pool will be able to retain some notoriety. The pool closed in 1983 and began to spiral into oblivion.

After suffering through over two decades as a concrete wasteland, the park reopened in 2005 to host outdoor concerts, and events, but the locals still had nowhere to swim. Finally, in 2009, the park was granted the $50 million to reinvigorate one of New York’s premiere public pools. The renovation money was a part of Mayor Bloomberg’s PlaNYC project, a $290 million capital infusion to eight lucky properties.

The McCarren’s recreation will preserve many historical details, in addition to to vast improvements. The original bathhouse will be converted, and expanded into two wings, one for after school programs and community meetings, and one for recreation. The new recreation center will include a cardio fitness room, a weight room, a dance room, and a small basketball gymnasium.

The grand arched Lorimer Street entrance to the park will be retouched, and preserved. The pool itself is downgrading significantly in size in order to more appropriately round out the rest of the space. The massive basin which used to hold an unbelievable 6,800 swimmers will now only have room for 1,500. The pool shape has been changed as well, and is now a giant U surrounding a concrete rectangle with state-of-the-art spray fountains. The concrete plaza, nicknamed “the beach,” will transform into an ice skating rink when weather permits.

Brooklyn natives are thrilled about the reopening, which is scheduled for June 28th, at 11am. The McCarren Park Pool was one of the areas landmarks throughout much of the 20th century, and it was a shame to see it fade. Now, after the elaborate reconstruction, it’s easy to envision the pool as a landmark for centuries to come. 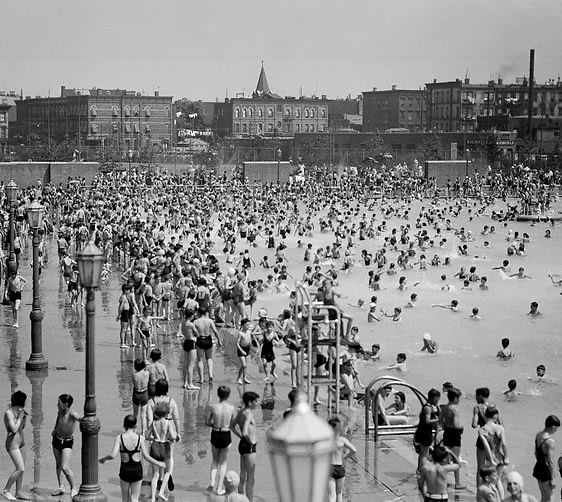