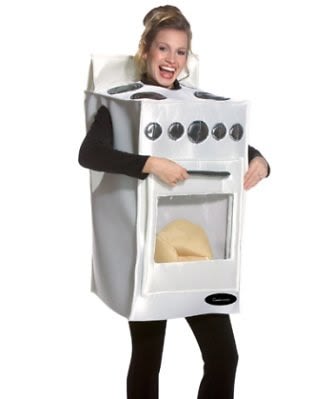 For whatever reason we are starting to get super annoyed with the euphemism "A bun in the oven".  It seems like this is the new saying du jour for the gossip rags and entertainment shows as they rattle off headlines of celebrity bedroom/birth control mishaps.  A simple google news search pulls up the following recent headlines:

Lily Allen Got a Bun in The Oven! [Waleg.com]

A Bun In Jamie Lynn Spears's Oven: A Round-Up [Defamer.com]

So where did this saying originate?  Well one website has the following to say:

"The allusion may just be to the loose connection between 'baby' and 'bunny'. It's more likely that this, and other terms for pregnant, like 'up the duff' and 'in the pudding club', all share the same euphemistic source."

"The phrase is 20th century. The first citation I can find is in Nicholas Monsarrat's Cruel Sea, 1951:

'"I bet you left a bun in the oven, both of you,' said Bennett thickly... Lockhart explained ... the reference to pregnancy.'" [Phrases.org.uk]

So while originally simply a phrase for "being pregnant", judging by the context its mainly being used in right now (namely pregnancies out of wedlock) it seems to have taken on euphemistic qualities.

In any event, how about mixing it up a bit with "preggers, "sperminated", "inseminated", or "knocked up"?  At least these guys could have some diversity or originality.  Come on Mary Hart, flex your brain muscles a little for us.