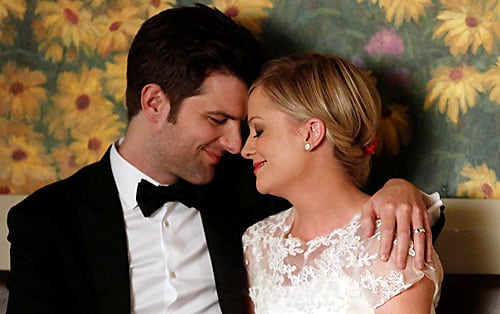 It's official - Parks and Rec's Leslie Knope and Ben Wyatt have tied the knot!  In honor of Pawnee's finest, we've rounded up funny folks who are married in real life and appear together on television (which isn't the case with Poehler and Adam Scott, but we took some inspirational license).  From on-screen police agents to Irish pub co-owners, see which of your favorite sitcom stars have tied the knot!