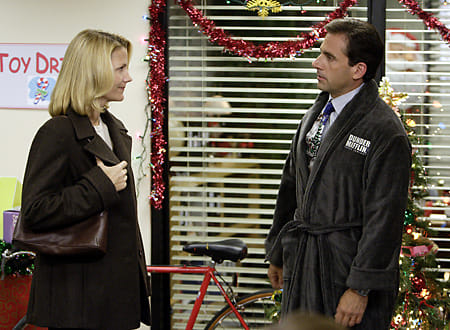 On-Screen: Walls guest starred on The Office as Michael Scott's (Carell's) love interest, real estate agent and one-time girlfriend Carol Stills.  The couple also teamed up as correspondents on The Daily Show.  On the big screen, you can see them both in Seeking a Friend for the End of the World and The 40-Year-Old Virgin. Off-Screen: Carell and Walls met when he taught her Second City improv class.  Married in 1995, they have two children, Annie and Johnny. [Photo via]
2 of 8