Daniel Craig, Hugh Jackman, Jude Law, Sienna Miller, Rosie O'Donnell, John Stamos, Gina Gershon, Julia Stiles, Cate Blanchett and Bill Pullman are all performing in New York this Fall. This is your chance to sit in the front row and be bathed by Jude Law's spit, which, you know, is almost like kissing him. Check out our guide to which celebrity is appearing in what show, and whether they're worth braving the horrors of Time Square. 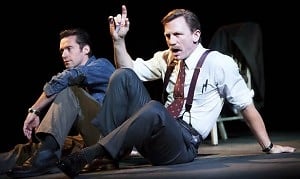 The Plot: Two Chicago cops and longtime friends recount the days that changed their lives forever. Wolverine, it ain't.

Worth Seeing?: If you're used to straight plays, and like them, then this might be worth a shot. Both actors have a ton of stage experience, which is good because it takes skilled actors to make this sort of dramatic set-up work.  If you see one play a year, and for the past three years it's been "Mamma Mia", then this might not be the show for you: they literally just talk. 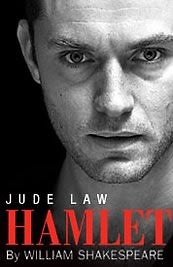 Buzz: Pretty good, actually! At least in the West End, where this production premiered. And he wears "a deltoid hugging tshirt", according to one review. Other than that, ho-hum, another Hamlet.

Worth Seeing?: Seeing Jude Law read the ingredients off a box of oatmeal would be fun, so why not see him speak arguably the most beautiful verses in the English language? Besides, I loved his interpretation of "Poker Face". 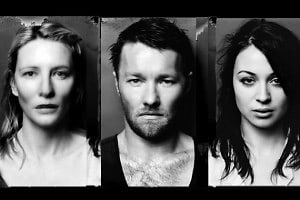 The Plot: Tennessee Williams' masterpiece about an aging Southern Belle goes to stay with her sister and troubled brother-in-law.

The Buzz: Everyone is really excited about this production, especially after Blanchett's masterful performance as Hedda Gabler, also at BAM.

Worth Seeing?: Oh my god, yes. She's arguably one of the top three actors in the world, in the role that actresses dream of playing. It's going to be gut-wrenchingly good. 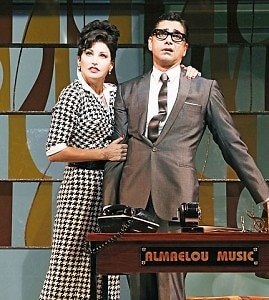 The Plot: A music agent who tries to organize "One Last Kiss" for his Elvis-like rock star, who is about to be shipped off to Vietnam. Lots of teen girl shrieking.

The Buzz: Here's a a fact: Among your acquaintances, you definitely know at least three people who were in Bye Bye Birdie in High School. Here's another fact: producers cut a "gang rape" scene from the current Broadway revival of the Family musical, which was written in 1960. And by "gang rape scene", I mean completely innocuous dance number that has been performed in community centers and church groups around the country for decades.

Worth Seeing?:Ehhhhhhhhhh, Bye Bye Birdie is such a simple sort of musical, and it features a cast of exuberant teenagers, so it's one of those rare instances in which it's hard to imagine a professional production being significantly better than the ones you saw growing up. That having been said, any sucker for bubblegum musicals can't miss this one, and I'll probably end up seeing it twice. 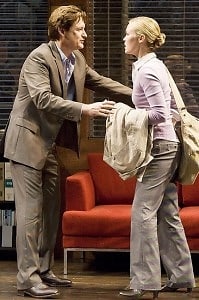 The Plot: A girl is unsatisfied with her grade, goes to see older male professor during his office hours, what could possibly go wrong?

The Buzz: The coolest thing about this production will actually happen once the curtain comes down: a talkback is organized after every performance, with panelists such as Montel Williams, former Knicks VP Anucha Browne Sanders, and about half the faculty of Tisch School of the Arts. The themes of the play are a little overexposed at this point, but listening to intelligent and informed panelists discuss it after the show will freshen things up for sure.

Worth Seeing?: Uhhhhhh, I HATE this play. But don't let that stop you! Julia Stiles and Bill Pullman both seem well-suited for the roles, and I think the post-performance talks will be genuinely interesting. 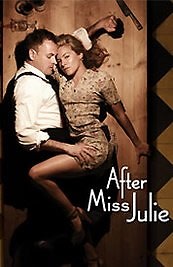 The Plot: Playwright Patrick Marber (who wrote Closer), takes August Strindberg's Miss Julie and transposes it to the English countryside in 1945.

The Buzz: Well, Sienna Miller is no stranger to love triangles, so there's that. Also, the fact that she's performing across the street from Ex-Jude Law? Awkward...

Worth Seeing?: Miss it, especially if you didn't like Closer. And even though the official reviews aren't out, from what I hear Sienna Miller is awful.

LOVE, LOSS, AND WHAT I WORE 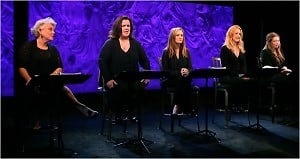 The Plot: Think "The Vagina Monologues", but with more clothes.

Worth Seeing?: Absolutely go see this! It's supposed to be poignant and hilarious, without being treacly. And though you might want to see it with your mom or girl friend, The Times review assures readers that men will enjoy this, too.