Disney Channel star Demi Lovato shocked fans when she checked herself into rehab last year for eating disorders, bi-polar disorder, and self-mutilation. Now she's out, and making a comeback.  What makes hers any different than fellow former House of Mousers LiLo's or Britney's? We take a look at her journey. [Via]

Out Of Treatment With A New Single

Lovato checked herself into a rehabilitation facility at the end of 2010 for the treatment of her eating disorders, bi-polar disorder, and problem with self-mutilation.  She reportedly "melted-down" while on tour with the Jonas Brothers and had to come home in October, when she entered treatment. The Disney starlet says of her treatment:

"I just remember sometimes sitting there and being like, I had so much just six months ago, and here I am in a treatment center... How did I let it get to this point?" She credits the success of her rehab stint to the unyielding support of her fans, and says rehab was "the darkest time in my life" but "I am excited to get back to work". 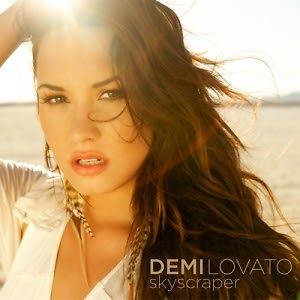 Her new single "Skyscraper"  was recorded "before anything had happened" and left her in tears in the recording studio-a level of emotion that wasn't the same when she tried to re-record it again later. So they went ahead and released the first version.  Some critics say her voice sounds "rough" in the single, the singer said it's completely unedited, and her voice was raw from crying during the recording and "damaging it after every meal" The new hit single shot straight to the top spot on the iTunes.

Demi vs Lindsay vs Britney

So what makes this Disney channel star any different than Lindsay or Britney? Should we take her comeback seriously or just regard her as "another one that went down the drain"? Lindsay Lohan has been in rehab six times now for substance abuse, and doesn't seem to be improving.  Britney Spears, well she shaved her head. That kind of speaks for itself. But Britney also has been to rehab three times, completed the programs successfully, and launched new singles right out of rehab.  Demi Lovato did the same thing, minus two of the trips. Only time will tell whether she will actually recover or not. Our only hope is that since she wasn't there for substance abuse problems, she won't be as likely to go back to her old ways. 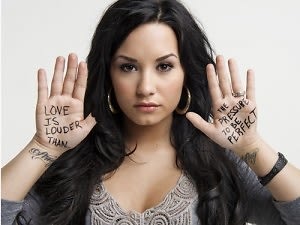 I have come to realize that just making yourself happy is most important.  Never be ashamed of what you feel. You have the right to feel any emotion that you want, and to do what makes you happy. That's my life motto.