Celeb Chef Sam Talbot isn't exactly hard on the eyes, and who doesn't love a man who can cook?  With two restaurants in New York, Mondrian Soho's Imperial No. 9, and the restaurant at Surf Lodge, Talbot has a lot on his plate.  Somehow he managed to squeeze in enough time to give a tour to Refinery29.com of his maybe-not-so-humble abode. So ladies get ready, because this bad boy chef-with-an-accent-and-a-cute-dog (does it get any better?) is going to show you around. [Via]

He started in the foyer...

Then he took it to the living room... 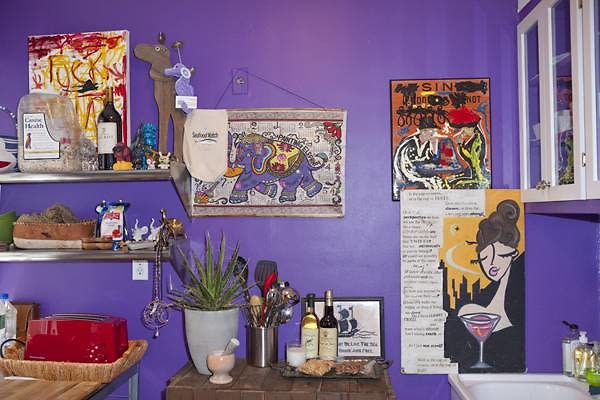 ...followed by the kitchen.

Unfortunately, the meeting was strictly business. When asked about dating, he got significantly less talkative and said:

"That question is not relevant."

So our mystery man remains a mystery. When we realized there were no pics of the bedroom, we died a little inside. Maybe he still has Star Trek sheets, but we doubt it. So ladies, it seems if you want to see that part of this chef's apartment you'll have to find your own way in! Go to Refinery29.com for more pics.