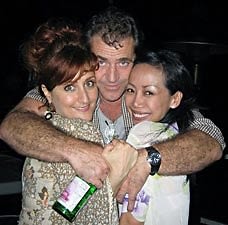 The Oak Bar in New York's Plaza Hotel has rather inventively concocted a twist on the classic Gibson cocktail, as an ode to Mel Gibson and his crazed telephone tirades and mood swings.

The actor, who once admitted to suffering from manic depression, has quite obviously completely lost the plot with the increasingly insane telephone conversations that are being thrashed out across the Internet. As an ode to his insaneness The Oak Room's executive chef Eric Hara has developed a Mel "Bi-Polar" Gibson cocktail, that contains gin and vermouth (as featured in the real Gibson drink), with the added inclusion of Van Gough vodka, in honor of the artist who was himself bi-polar and famously cut of his own ear.

While we don't think Mad Max Mel will go around chopping off his own ear, we wouldn't hold it past him to do it to someone else - especially if blow-jobs are being held for ransom!

The recipe as featured in People

The Mel Gibson, a Bipolar Cocktail

GofaG thinks this could just be the tip of the alcohol induced crazy drunkedness that can be had on any type of booze dedicated to the man that has obviously fallen off the wagon himself. 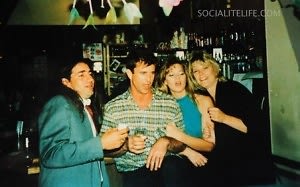 The I Deserve A Blow Job Bitch

A take on the classic bachelorette party shot, the Blow Job. We have added Absinthe in the mix, as this increasingly popular spirit is renowned as making people "crazy", being mind-altering, as well as being considered the most addictive of all alcohols. 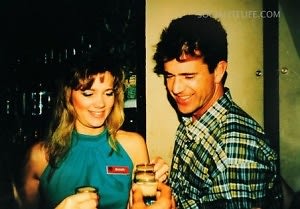 A slight twist on the quite delicious French Whore, we have made sure that the vodka used is from Russia. It is the national drink of the Russian people, so Stoli will fit in as a nice nod to Mel's favorite Russian whore, his ex Oksana Grigorieva.

With the Mel "Bi-Polar" Gibson selling like hot cakes, despite the $20 price tag, we see a veritable branding opportunity for Mel to pursue should his film career stall permanently (quite likely...even Hollywood has its line.)