[Jennifer Lopez]. It's been a busy week. Celebs are spread out across the globe. Well, sort of...

Jennifer Lopez was at the American Music Awards the other night, and took a bit of a spill, but soldiered on through her performance after her show.

Hayden Panettiere was on the UCLA campus to film an episode of heroes, but it looks like her lax summer schedule left her a little winded...

Hugh Jackman is still in New York, still appearing on Broadway, and still carrying an adorable little girl. I hope it's his. Katie Holmes and Suri visited the Lower East Side yesterday, then attended a modern ballet at the Joyce Theatre.

Hulk Hogan is in Australia, specifically Perth this week, having returned to wrestling.

Arnold is taking a break from solving California's budget woes to eat breakfast with his wife, Maria Shriver, in Santa Monica.

Finally, Ashlee Simpson was seen at LAX just the other day, departing for lands unknown, but a tipster has suggested it's because she's headed here to New York City because she's now slated to take over a role in the NYC production of "Chicago." 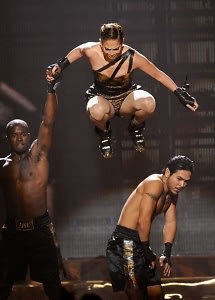 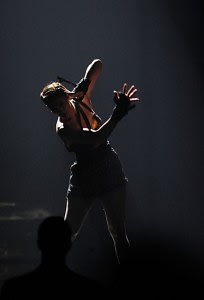 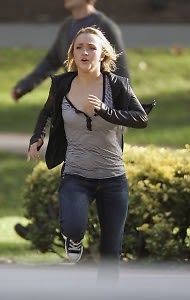 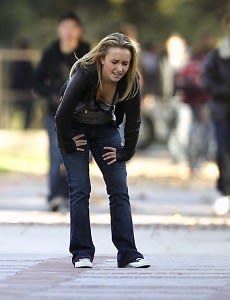 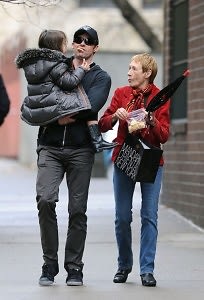 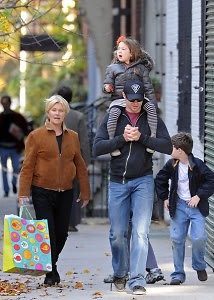 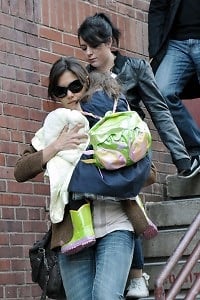 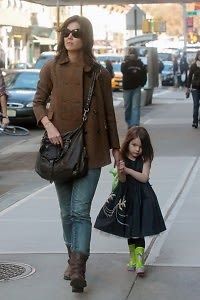 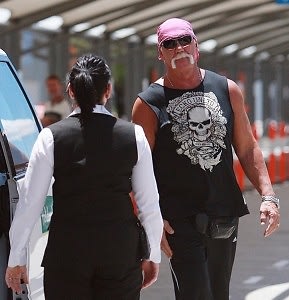 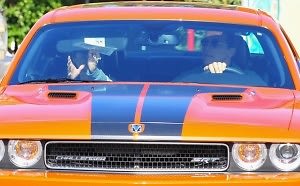 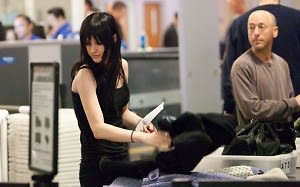