Wednesday night, we attended a special screening of "Twilight: New Moon". One of us liked it. One of us didn't. One of us is Team Taylor. The other is Team R-Patz. In short, we are an office divided.

Because it's Friday, here's a little glimpse at our debate.

Chiara took Team Taylor, Mandato took Team Robert. Read our excellently formed arguments below. And yes, we KNOW we're too old for this. 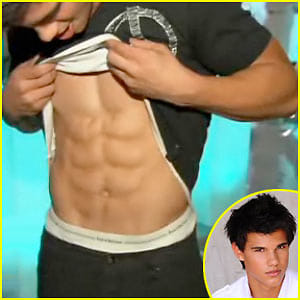 OKAY. Taylor['s character] is normal, has friends outside of his own family, engages in hobbies and interests besides stalking his girlfriend, isn't condescending, doesn't talk with a weird accent that sometimes sounds weirdly Spanish, and obviously has a hot body.

I don't have much critique for Taylor except I think he's homosexual and unintelligent.

What are you talking about? He oozes intelligence, clearly.

I would totally be the vampire sister that is like "I smell wet dog". There is nothing hot about being a wolf; especially with those cut off shorts. Die.

Oh, sorry, were you looking at his shorts? I was too distracted WITH HIS CHEST! 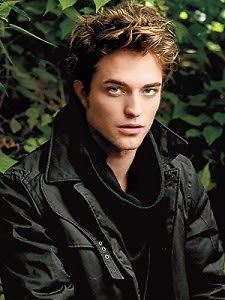 At least he SHOWERS!

You have to when you're a DOG!

When the emo vampire skips off to Rio to do god knows what and who, Taylor is there to pick up the pieces!

OMG are we forgetting that he told his friends Bella was his girlfriend when she wasn't? That is the LAMEST. THING. EVER.

Obviously, it was necessary to poll the other GofG team members: Team Taylor or Team Robert?

Rachelle: Who is Robert Pattinson?

Mandato: !!!!! He's the hot British actor who plays the Vampire.

Rachelle: Who is Taylor?

Chiara: HE IS DATING TAYLOR SWIFT.

Chiara: For Rachelle, it is!

Rachelle: Ooh yeah! I loved her SNL entrance with that wink to Taylor.

J: Team Taylor. He looks like a gorilla. But that's hot.

Rachelle: Wait. Is one a Vampire and one a Werewolf?

Rachelle: Well, I don't like blood. So. I'm back to Taylor.

At this point, we're 3 for Team Taylor and 3 for Team Robert, which means Billy Gray, Twilight fiend that he is, will be the deciding vote.

Billy: I've decided. I'm team Robert. I can't form an opinion on a 17 year old. It's just not enough.

We forgot one very important member of our team: Stanley Stuyvesant, who, as a dog, OBVIOUSLY sides with his brethren werewolves.

So since it's a toss-up, we're going to let YOU decide! TAKE OUR POLL up at the right and tell us if you're Team Taylor or Team Robert so we can all get back to work!

["Best $2K I Ever Spent": The Twilight Premiere]