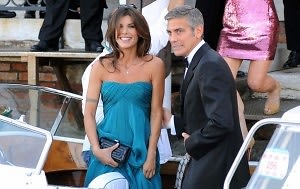 As might be expected, the celebrities are mostly either still in Venice for the Film Festival (George Clooney, Ewan McGregor, Tilda Swinton) or New York for Fashion Week (Lindsay Lohan, everyone at the Paper Mag party last night). Kelly Osbourne, however, made friends with construction workers in London, and James Taylor, Jennifer Hudson, and The Black Eyed Peas headed out to Chicago to help Oprah kick off her 24th season. 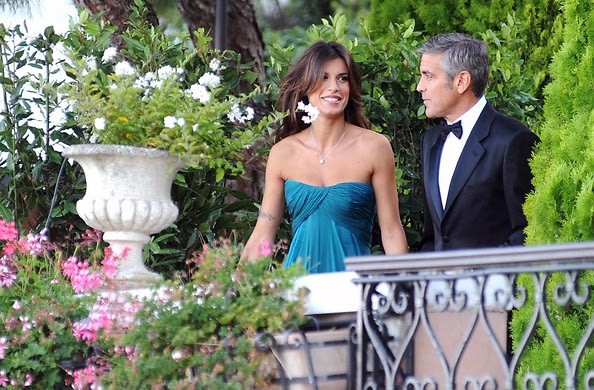 Some enchanted evening for Elisabetta Canalis and George Clooney. 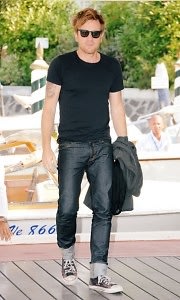 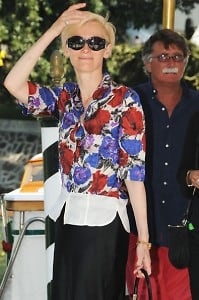 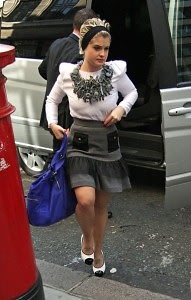 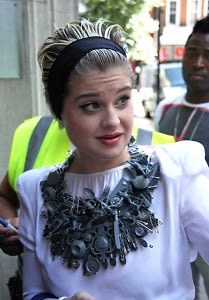 Kelly Osbourne has, uhm, quite the necklace. 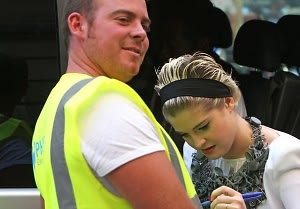 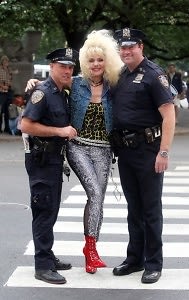 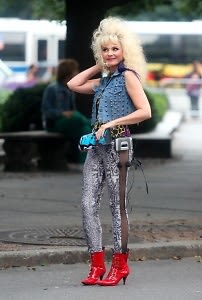 Kim Cattrall films Sex And The City 2, which, judging by these pictures, has probably jumped the shark. 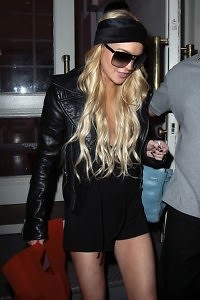 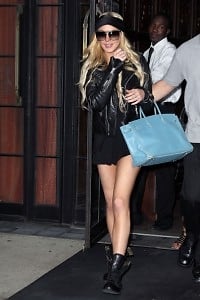 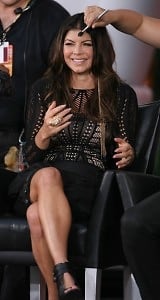 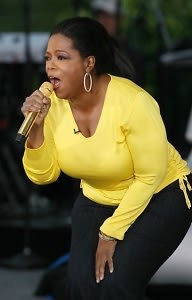 Fergie and Oprah celebrate the 24th Season of the Oprah Winfrey Show in Chicago. 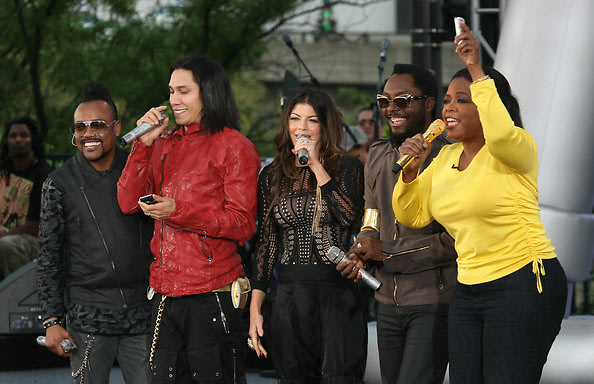 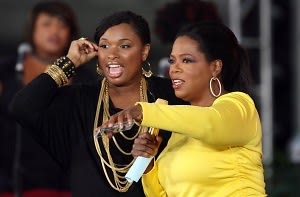 Jennifer Hudson (didn't she JUST have a baby?), Oprah 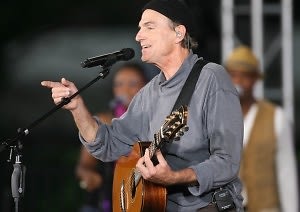