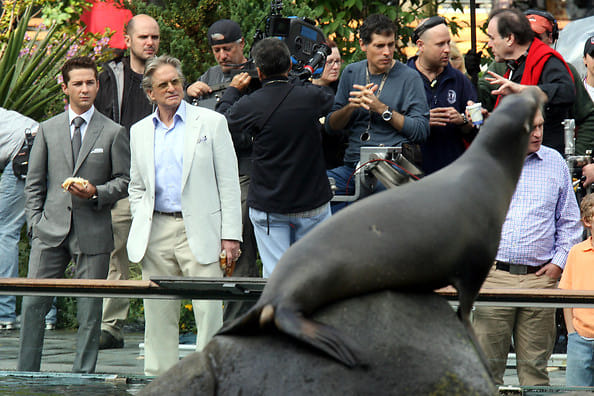 Since when are there seals in NYC? Michael Douglas wonders if he's having a drug flashback as he beholds the chubby animal friend perched in front of him. Standing with co-star Shia LaBeouf (and Oliver Stone in red, far right), the designer-clad duo are busy filming scenes for the sequel to greed classic, "Wall Street," at the Central Park Zoo. More photos below...Shia snacks on a street dog while Michael holds his pretzel, the only ones stopping to smell the seals roses as everyone else busily bustles around. There's a whole lotta random going on here. 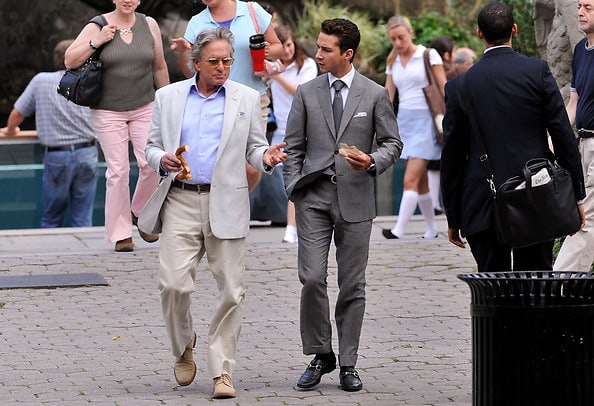 "I'm telling you, they just dont make pretzels like this in Hollywood, kid." 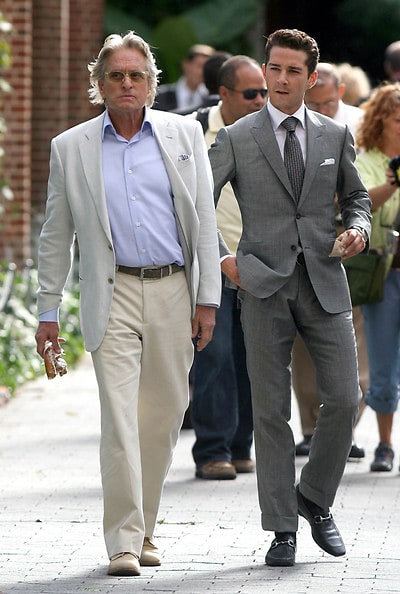 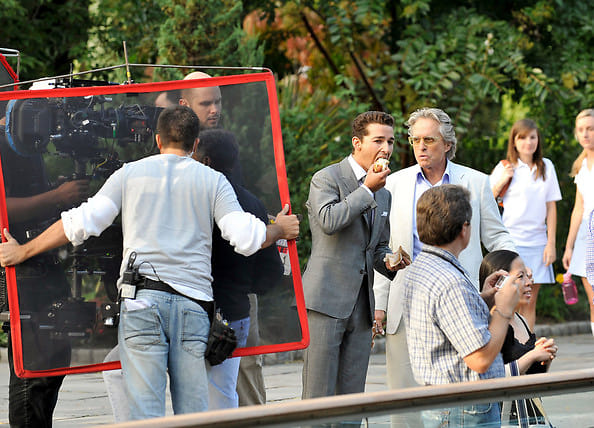 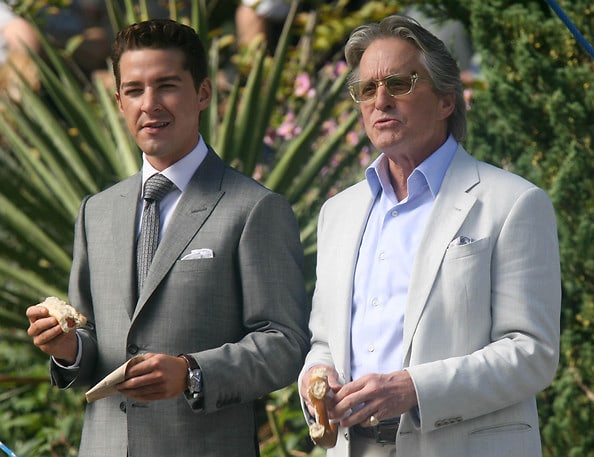