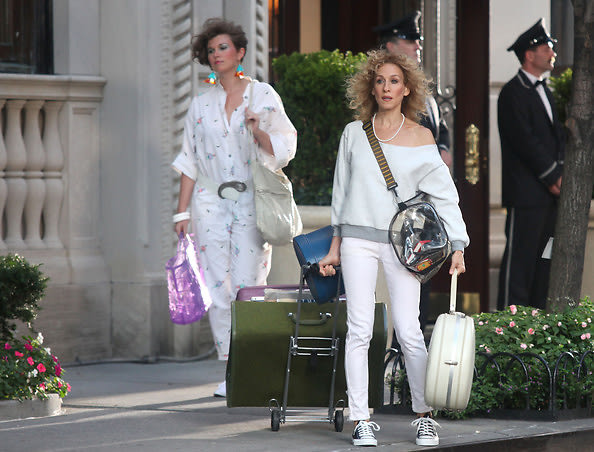 Sex and the City 2 has been on a city tour filming the much anticipated sequel. In this pic, SJP is rocking a perm for an 80's flashback scene in the film. We like the full white and converse. Converse because they are cute and such an unexpected depart from the Manolos, and the white because it's just before Labor Day, so it just seems appropriate. Today, filming will take place at the law firm of Hogan and Hartson, the setting for Big's office. All those stuffy lawyers can probably use the lesson in fashion. Kidding. Sort of.