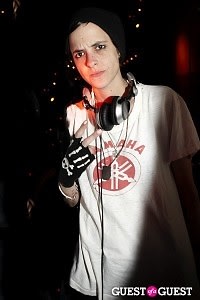 Samantha Ronson was arrested for DUI at 10:30am yesterday morning in California on her way home from a gig in Las Vegas at Lavo (Click here for mug shot). The DJ was always known as the stable and responsible one during her relationship with Lindsay Lohan, but look who she was compared to. But she isn't the only celeb to tip back a few and get behind the wheel.

If you click the slide show you will see just a few celebs who were arrested for DUI, but Google it and you'll get a ton of results. Just yesterday, Al Pacino's daughter, Julie, was arrested for DUI. And those are just those who got caught. There are thousands and thousands of people who get arrested each year for getting smashed and driving, and those people are stupid, but for now we'll just focus on celebs.

Everyone makes dumb decisions or has a bad night and does something they regret, but as role models and public figures, these celebs should behave better.  The simplest advice and really the only advice is don't drive. Call a driver. There's is probably one ready for some of them at all times, a speed dial button for a limo. But not just any limo, one with a fully stocked bar that they could keep drinking in without killing anyone!   Nothing beats that.  And if they don't, even if they are say going from Vegas to California, it's worth the money to call a car.

Michael Sands, Hollywood media image consultant, a job that actually exists, told the AP, that “They don’t want to spend the money to pay for a car service because they want to be photographed in their fancy cars,” veteran  says of too many celebrities he’s known.

Obvious arguments against this:

1) A photo of a celeb in a car with a driver is probably better than a mugshot or one of them or someone else dead. If the car has tinted windows, roll them down, stick a head out like a dog and smile.  If you are a celebrity and drunk, even as a passenger, you probably don't look your best. Everyone remembers this photo of a sober Sam driving a drunken Lindsay home: 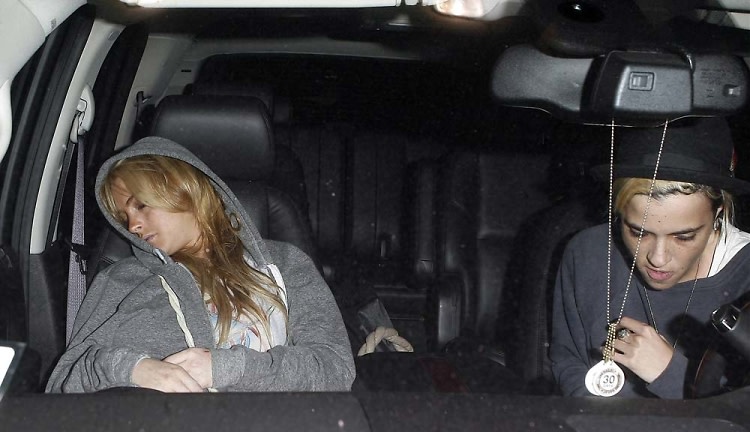 Not so pretty [via]

2) Celebs can just call the paps when they are driving while not under the influence, like the next morning. 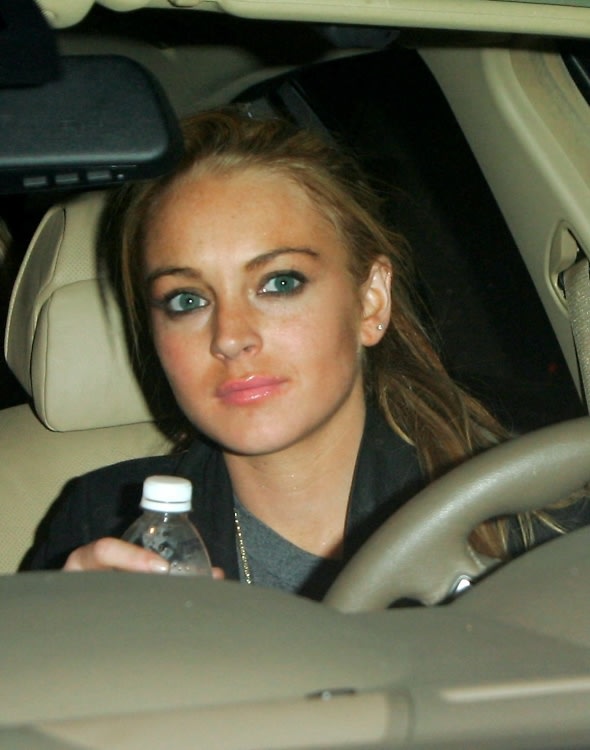 Another reason psychologists love to bring up in articles on "Why Celebs Drink & Drive" is that they feel invincible and above the law. Last year Southern California DUI attorney, Neil Shouse told PopTarts:

“Stars often see themselves as having a sense of immunity and a very dangerous false sense of security,” Shouse noted.

Celebrities are catered to and adored nearly every second of their lives. Their every move is recorded in the tabs and online sites and that could likely make them feel like they can do anything they want, but this seems like too easy a reason. Most aren't robbing banks because they feel like it, stabbing people in broad daylight, trying to walk on water, or jumping out of buildings trying to fly. No matter who you are, you likely still can recognize what is illegal, dangerous and impossible.

When it comes down to it, the celebs that do drink and drive are not your most famous or respected. George Clooney, Brad Pitt, Angelina Jolie, Jennifer Aniston, Leonardo Dicaprio, and so on have not been arrested for DUI.  The list of celebrity drunk drivers is more D-list or made of many who faded after their arrest. Paris Hilton, pretty much the entire cast of The Hills, Mel Gibson anyone?