I know, it probably isn't that nice to put a spoiler in the headline, but it's so surprising that it hit us as a newsflash, so we're passing it on as one. The sequel will put the woman that doesn't commit into a wedding dress. With WHOM will she head to the altar? Will there be a reconciliation with Smith Jared? Is Richard Wright back? Maybe the shower flasher from the first SATC? The girls ran around with Kim Cattrall while filming this epic scene, one we can't wait to catch when the highly anticipated flick finally hits theaters. 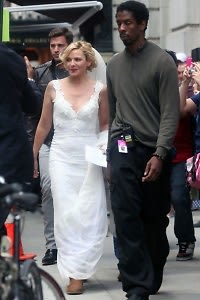 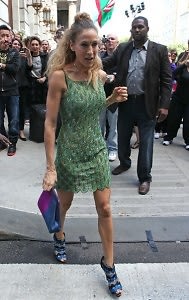 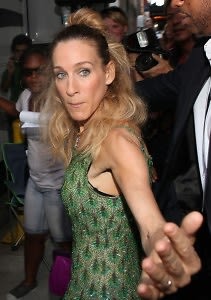 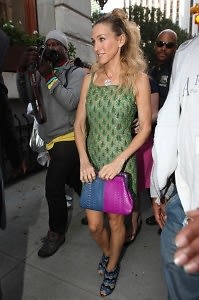 What was Sarah Jessica Parker's better half doing while she was couture clad for this surprise glimpse? Matthew Broderick was playing normal, buying a bike for son James. How cute. 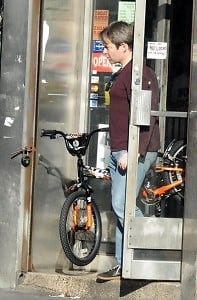 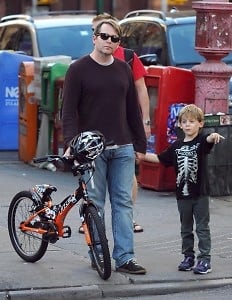