Were you as devastated as us to learn that Susan Sarandon and Tim Robbins split up? Why did this happen?! Apparently it has something to do with the game of Ping Pong....

“I was an incredibly boring teenager. Totally. I was a good Catholic Girl who came out of a grammar school and then went to a public High School and was completely shocked by everything that was going on. I didn't even know how to be a bad girl." -Susan Sarandon.

Many speculators are claiming that Sarandon, 63, has had her heart set on a one Jonathan Bricklin, 31, part owner in her new ping pong club SPiN, of which we have extensively covered.

The club has played hosts to various NYC Social Events including a Vanity Fair party, the band Phoenix's after party, and Stuart Weitzman's party which even got our favorite socialites in on the game. And that's just to name a few. Ourselves, frequent visitors of the unlikely club in an unlikely location (23th and Park ave), have spotted Sarandon more than once in the front row, intensely watching the matches. 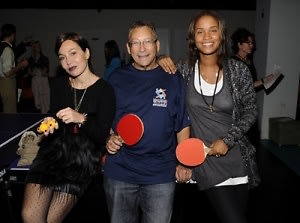 The Sarandon-Bricklin relationshp may seem shocking to some...however, until you've witnessed first hand, your man crush destroying someone on the pong table, there should be no judgment passed. There is one word for a man that can dominate a ping pong paddle: HOT.

Photos of Jonathan Bricklin below: 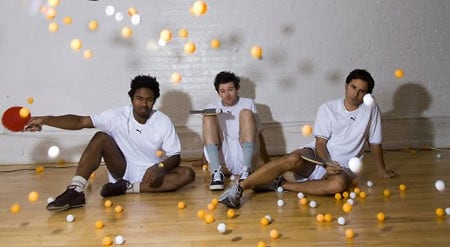 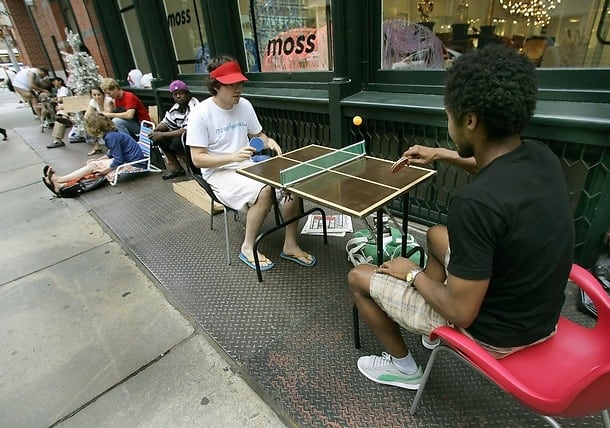 Jonathan Bricklin (L) and Bill Mack play ping-pong in the morning hours outside the Apple Store in the Soho area of New York City, 29 June 2007 as people wait in line for the release of the iPhone. Via Daylife. 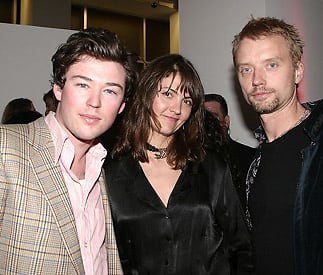