Ugly Betty's filming has taken a city tour, right on the tail of Gossip Girl. After hitting Gramercy last week, the crew was at 45 Tudor City yesterday, but unfortunately the rain put a damper on things (he he). While Eric Mabius, who was at the Inglourious Basterds afterparty until the wee hours, braved the drops and refused cover, America Ferrera had a big, strong man to shield her. How do we get one of those? It did not protect her, however, from the possible photog faux pas, below. 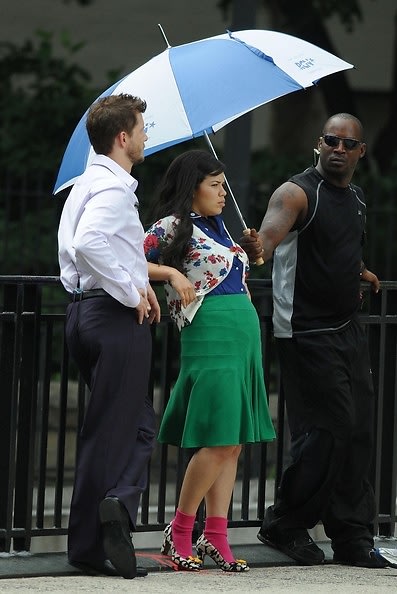 Eric thinks umbrellas are for sissies. 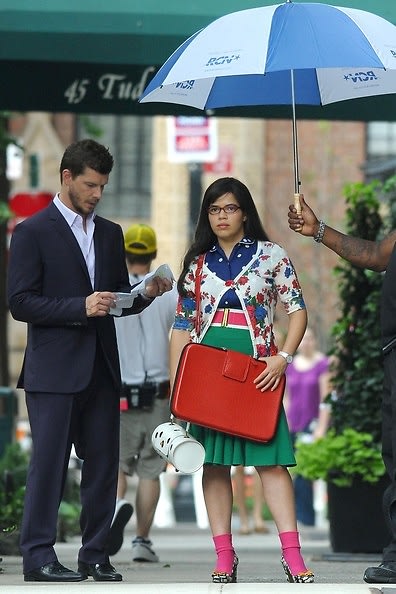 Body guard has been doing some bicep work. And we like it. 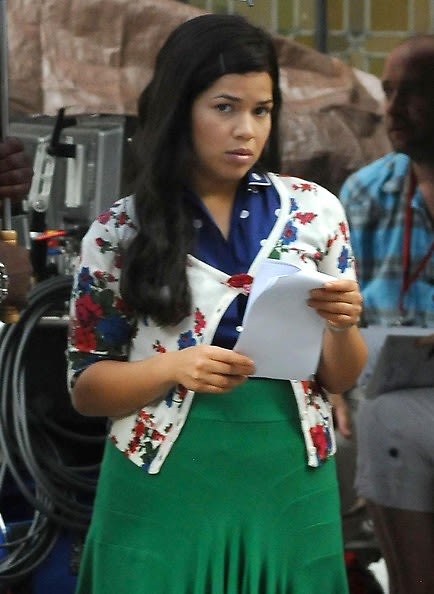 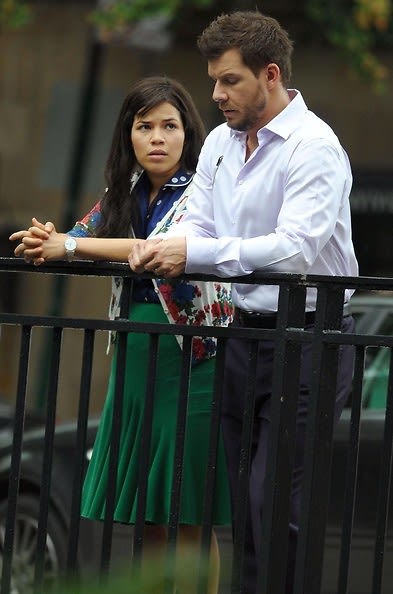 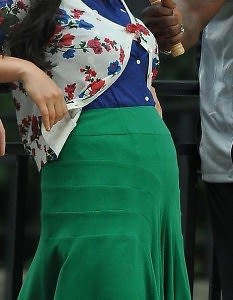 We're putting this up to ask, "Yo photog, what are you doing?" We're hoping he's capturing the detail in the clothing, but if he isn't, then shame on him. Sure, we might be putting the photo up, but notice it's not full size and is untagged. Besides, Betty rocks those curves.