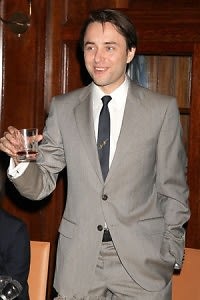 Yesterday, Vincent Kartheiser and Mad Men Costume Designer Janie Bryant hosted a party at Lambs Club in honor of 1738 Royal Accord Cognac. Paper Magazine reports back that unlike his on-screen persona, Kartheiser is extremely personable! But also a little weird.-

For one thing, the actor, who is single,  wears a wedding ring. Pete Campbell's wedding ring. It sounds too strange to be true, but we confirmed it in a photo of the actor from September. What reason could he possibly have for doing this? That's what Dr. Faye Miller does to keep Don Draper from hitting on her: is Kartheiser so frequently bothered by the advances of women that he's taken to wearing a prop ring as a preventative measure? Maybe he's secretly (and obsessively!) in love with the adorable Alison Brie, who plays Trudy Campbell, so he keeps the ring on as a testament to his constant, albeit fictional, tie to her? 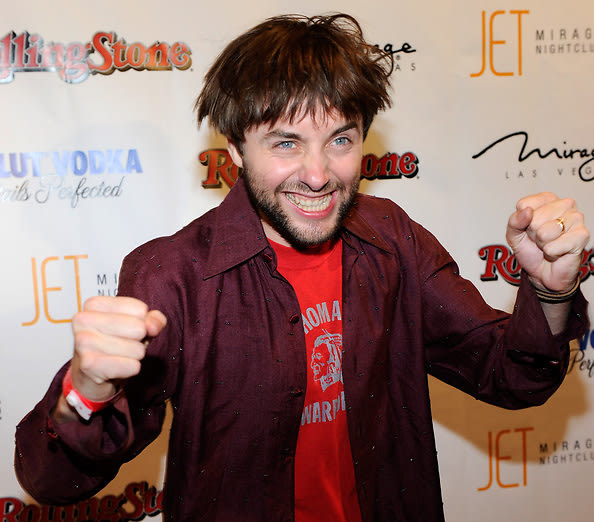