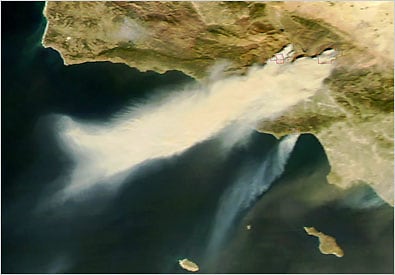 The Fires in Malibu are a ragin' and now have claimed over a billion dollars of property damage. As they creep ever so closely to the wealthy strip on Malibu that contains the homes of celebrities like David Geffen, Britney Spears, and Mel Gibson we are left to wonder if the richest man in entertainment will sue the Fire. 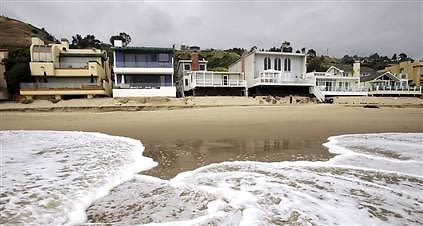 In 2002 Geffen filed a lawsuit to stop access to the public beach in front of his house. Although the record mogul ended up settling (after much public ire), we think he might have a better shot this time around. 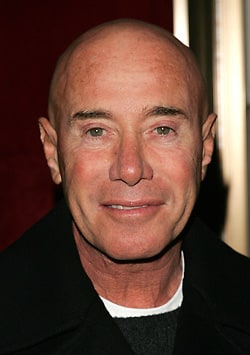 For starters, there certainly won't be any public outrage since everyone wants the fires to go away. Secondly, Gary Trudeau (writer of Doonesbury) won't lampoon Geffen this time in his strip, but will probably laud his efforts. Lastly, most of Southern Cali public beaches are already smoke-free, so its just the next step in a logical progression. Go for it David!