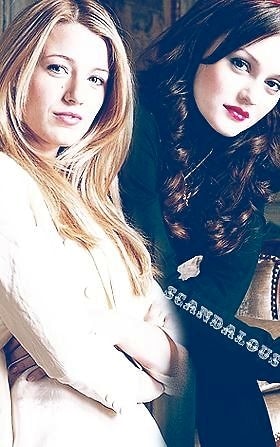 Touché.  This was our favorite line from last night's episode of "Gossip Girls", and it's what Blair snidely told Serena before the annual ivy league recruitment event.  The irony of this line is part of the reason we found it so funny.  NY Mag is quick to point out that you can make your own major at Brown. "So, Blair, Serena can major in Slut if she wants to. And she can do it Pass/Fail!"  Also, while she's there here are some of the activities she can participate in:

The Naked Donut Run: At the end of each semester various student groups walk naked through student libraries such as the Rock, the SciLi, and the CIT and offer donuts to students who are studying.

Naked Party: Every fall, the Brown Association for Cooperative Housing (BACH) throws an invitation-only "naked party" where all guests remove their clothes upon entry. The hosts aim to create a comfortable setting where people of all body types can celebrate the naked human body. In contrast to the sexually suggestive dancing that can be found at many college parties, dancing at a "naked party" is paradoxically much more tame and devoid of physical contact (Taken from Wikipedia)

And if that's not enough for Serena, maybe she can do a lunch meeting with the "Good Girls" that the Times did a report on last year.  You remember? The Brown Girls that went around taking money for sex.  Senior David Margulius called the situation "bizarre, but somehow not surprising. Brown students are always doing offbeat, experimental things. And they are pretty uninhibited in a lot of ways."

Oh and then there's the Kitchen Sex reports that happened last February and promted dorm-wide emails from RA's in Freshman Perkin's Hall regarding the situation....It showed up days later on IvyGate who reported:

"Students at Brown, unimpressed by the rigid conventions of Yalies' recent fondness for romps in the hall showers, have taken the exhibitionist tack to creative new locations: the kitchens of freshman dorm Perkins. We've said it before and we'll say it again: this is what happens when you let kids design their own curricula."

So Blair, if Serena really is the slut you make her out to be, Brown may actually be the most fitting of the Ivy's for her to attend.  According to the last two Princeton Reviews, Brown University ranks 1st in Student Happiness.  Now we know why.