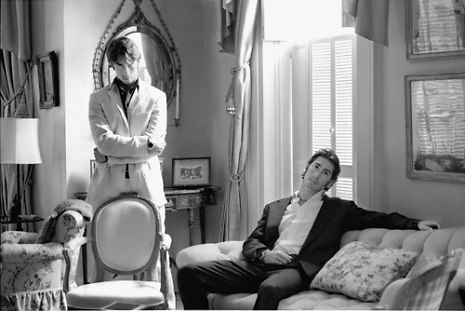 There are five types of people in this world: (Note: We will be using the term "socialite" for lack of better, all-inclusive, high society term.  We are assuming that readers will figure out what we mean by the term without causing a fuss over word choice), Those who know the socialites by name, origin, and age, and spend time actually studying them on sites like Parkavenuepeerage and Patrick McMullan; those who know of the socialites but don't necessarily care to spend time persuing an interest in them; those who know of the socialites and work to become UN informed of them and their whereabouts (many times this may include members of the elite themselves); and those who have no fucking clue as to who or what the socialites are.  Then there's the socialites themselves (or those who think they fall into that category).  Whatever group you fall into, there's one prevelant theme about the coverage on the socialite world: it largely revolves around the ladies.....which is why we are debuting Nicholas Joseph Thomas Leiter Mele, our very straight, MALE socialite.

A graduate of Phillips Academy Andover, and later on a degree in sociology and studio art from Georgetown, Mr. Mele is now a freelance photographer based in Manhattan and is photographing the very group he belongs to...his pictures can be found on his website, as well as occasionally on Patrick McMullan.  He is also a developing film maker and actor, and is currently producing a documentary by his good friend Jack Bryan entitled Siberia, about the famed New York dive bar of the same name (the two are in the process of forming a production company to produce independent films and documentaries).  Grandson of famed DC Socialite Oatsie Charles, here's a look into what it's like to grow up amongst members of the "High Society":

What's with the long name? My parents couldn't decide on a middle name for me.  They were debating over my grandfather's name, my father's name, and my mom's maiden name.  Finally my grandmother got tired of hearing about and suggested they just give me all of them.  So they did.  I mostly just go by Leiter though.

What was your childhood like? Amazing.  I grew up in Washington DC until high school.  My parents used to take me out of school a lot and we'd travel all over.  It definitely helped expand my horizons.  That was a big part of growing up for me.  I was always surrounded by the most eccentric people as well.  My parents never cared who you were or what your status was as long as you were fun.  The one thing they hate is boring, close minded people.  So they did their best to show me everything that's out there.

When did you know you wanted to be a photographer? I've always been into art.  It used to be drawing but in college I got really into taking pictures.  It came naturally to me.  It's easy to like something you're good at.

What are your ultimate goals with your business? I think ultimately I'd like people to see one of my photographs in a gallery or a magazine and say, "Hey, Nick Mele took that picture.  I love his stuff."

Where do you see yourself in 5 years? 10? I been trying to teach myself not to look to far in the future and concentrate on the here and now.  Churchill once said something about how the chains of destiny can only be grasped one link at a time.  So for me, life is good right now and my biggest hope is that it'll just keep getting better. 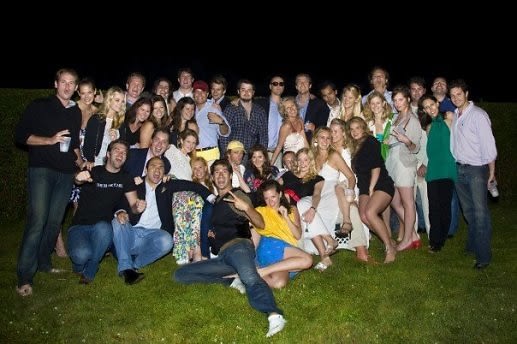 [can you spot a Birdie Bell, a Hearst and a Rockefeller?]

We hear you have a nice little summer house you like to party at...what are weekends there like? Yeah, I do indeed.  I've spent every summer of my life in Newport, RI where my family has a house.  It's pretty great up there.  We spend the days at the beach drinking beachcombers and playing roof ball and the nights out at the Skybar in town.  The past three years running I've thrown a big Fourth of July party at my house which usually culminates in a big group picture (I can't get away from the camera).  I've got a good group friends up there that I grew up with.  Many of our parents and even grandparents have known each other their whole lives as well.  We're always welcome to outsiders, though, to come in and spice up the party.

Who do you admire most? It's cheesy but my father.  I have more respect for him than I do for anyone else in the world, for reasons too numerous to list here.  I'm just proud to call him my dad.  I also have a great deal of admiration for my grandmother, who is one of the last of her generation of truly fabulous leading ladies.  She is a strong woman, who has lived a life that most people only see in movies and yet she is still one of the most charmingly down to earth, loving people in the world.  They don't make them like her anymore.  I have been very blessed with my family.

What is a typical day like for you? I get up and go to the gym.  I come home and work on some photos and my phone calls for the day.  I've recently been working hard re-designing my website.  I'll usually put aside some time to work on film stuff as well.  Besides being a photographer I'm also involved in some film projects both on the production side and on the acting side.  I'll now take the time to shamelessly plug a movie I helped produce out on DVD right now called Brooklyn Rules.  Go buy it.  Also look for my acting debut as "the screaming kid" in The Education of Charlie Banks out early next year directed by former Limp Bizkit frontman Fred Durst. 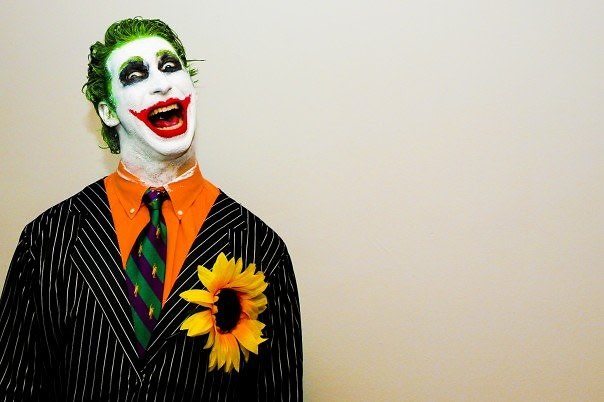 Best party you've ever been to in NYC? That's a hard one to decide but I would probably have to say my friend Bingo's Halloween party at his loft in SoHo two years ago.  It mixed four of my favorite things: dressing up, lots of good friends, hot girls, and free booze.  That's the perfect evening right there.  I'm just glad I made it home in one piece.

Favorite place/s in NYC? I tend to be open to anything and I'll go anywhere once.  Food?  I like me some good Italian and nothing pretentious.  Right now I'm a big fan of Malatesta Trattoria in the West Village.  To drink and be merry?  Anywhere my friends are.

Did you like Georgetown/DC? Is living here better? It's different.  DC is cleaner and more low key.  Definitely a smaller social scene.  It's more like a big town in many ways.  It'll always be home for me.  But for right now I like the excitement of New York.  There's always something going on.  Anything you want, you can find it here twenty four hours a day and they deliver.

Top 5 songs in iPod? Right now?  The Battle of el Goodo by Big Star, New York Groove by Kiss, America by Razorlight, Calling All Friends by Low Stars, and Rumors of War by Project Charlie (go buy their first album on iTunes or Amazon)

What will your first documentary be about? I'm currently producing a documentary right now by my good friend Jack Bryan entitled Siberia: New York's Last Dive Bar about the famed Hell's Kitchen bar of the same name.  It's shut down now but in its prime it was host to the biggest cast of characters this side of a Fellini movie.  We're just finishing up filming and are knee deep in the editing process so look for it at film festivals sometime next year.  And if anyone out there has too much money on their hands out there, Jack and I have a lot of interesting projects that need investors so drop us a line at my website while you're checking out some of my photos at www.nicholasmele.com