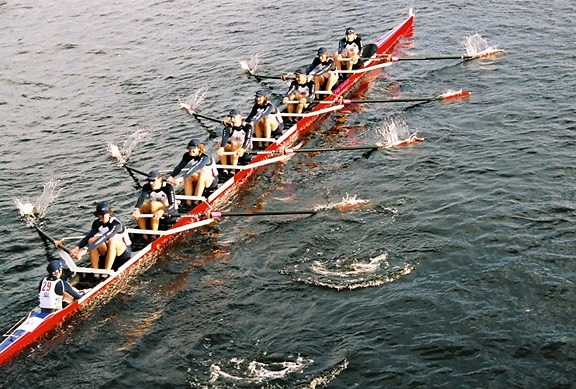 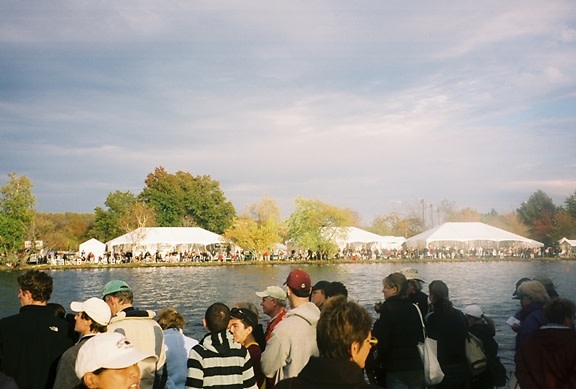 Lots of options for the Yuppie-Wasps out there this weekend.  If Horse Races aren't your thing, consider heading up to beantown for the annual Head of the Charles Regatta.  It's the world's largest two-day rowing event established by the Cambridge Boat Club members, and attracts more than 300,000 spectators.  This weekend is set to be especially big as the weather in Boston will be at unusual highs for this time of year.  All of the Ivy's will have their teams representing but there will also be youth, master and veteran age groupings representing more than 500 clubs, colleges and universities worldwide.  Entries will come from the US, UK, France, Germany, Poland, Switzerland, Ireland, Spain, Russia, Peru, Holland, Denmark, Australia, Slovenia, South Africa, Croatia, Yugoslavia, Taiwan, Japan, and China.  Many of the collegiate teams can look forward to going head to head against the US team who won gold at Syndey and are set to go to Bejing for this summer's Olympic games (pictured above from last year's HOTC).

Unfortunately, alcohol was banned from the official areas marked off along the Charles River for the event a couple of years ago, but if you tire of the tents, the funnel cakes and apple cider, there are a multitude of Irish pubs in Boston that will provide a great local to catch the 3 pm kickoff of the World Cup Rugby match tomorrow of South Africa vs. England. 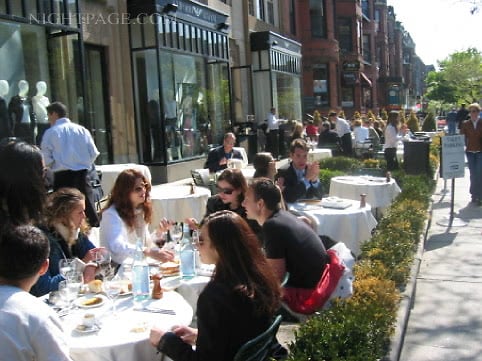 And, if you still don't think you are getting your weekend's fill of Europeans/Bostonians/Wasps, there's always the Armani Cafe on Newbury Street  (pictured above) which is like Boston's try at a Felix's /le Bibloquet/Nello's for a Sunday Brunch.  Expect to see more than a couple ed hardy hats, remember that Boston is the go-to college town for the latin/euro crowd.  It's worth a trip just to see their display of cars outside, that and the calamari. 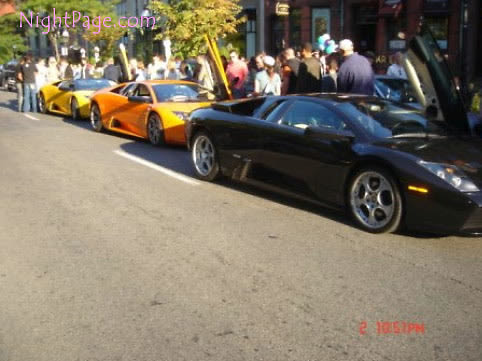