[Nathan's champ Joey Chestnut and contender Takeru Kobayashi pose with the food that made them household names. Photos by Getty. Additional photos courtesy of DEADSPIN] Roger Federer wasn't the only person breaking records this weekend. On Saturday, good 'ol Joey Chestnut kept the Nathan's Hot Dog Eating belt on American soil by inhaling a record 68 hot dogs in only 10 minutes! His only competition, Takeru Kobayashi devoured 64 franks. A day before the contest, Chestnut and Kobayashi weighed-in at Macy's in NYC where Mayor Michael Bloomberg stopped by for a first-hand look. "July 4 isn't a holiday for these men," the mayor quipped. "It's going to be a day of reckoning." 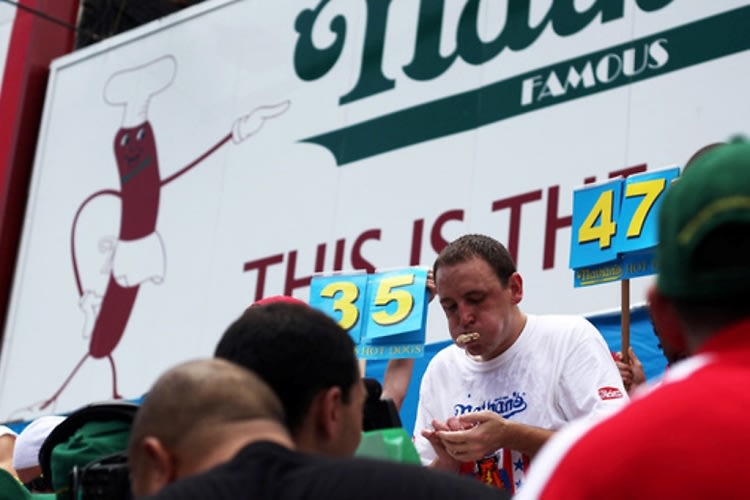 The competition, or lack thereof. 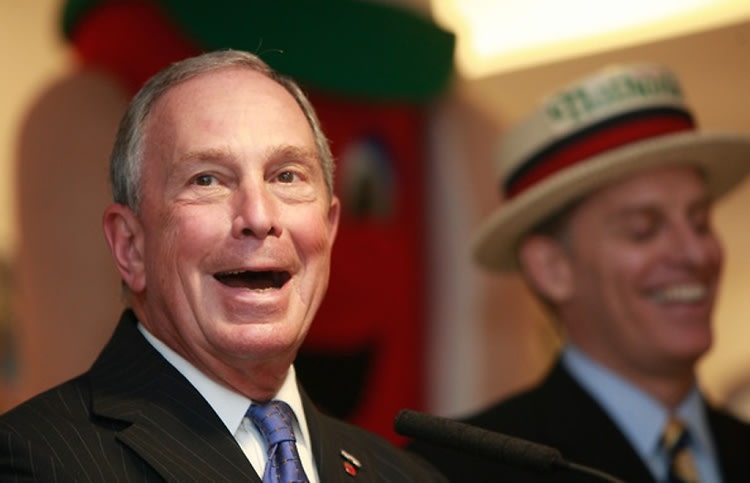 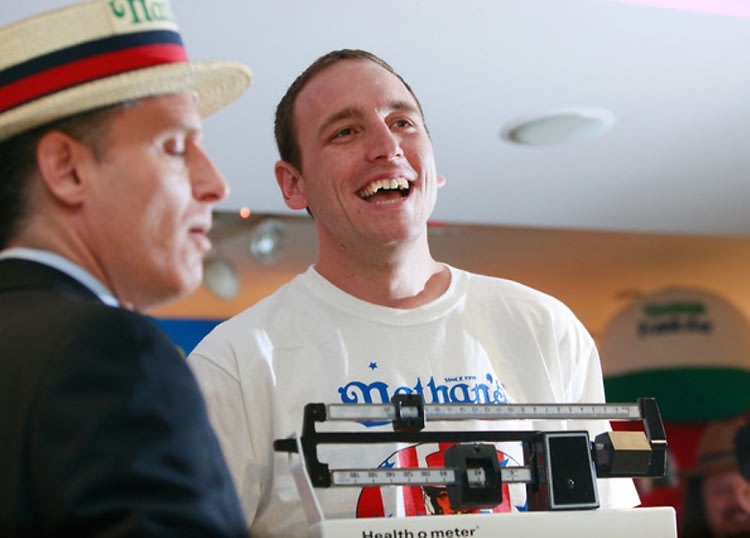 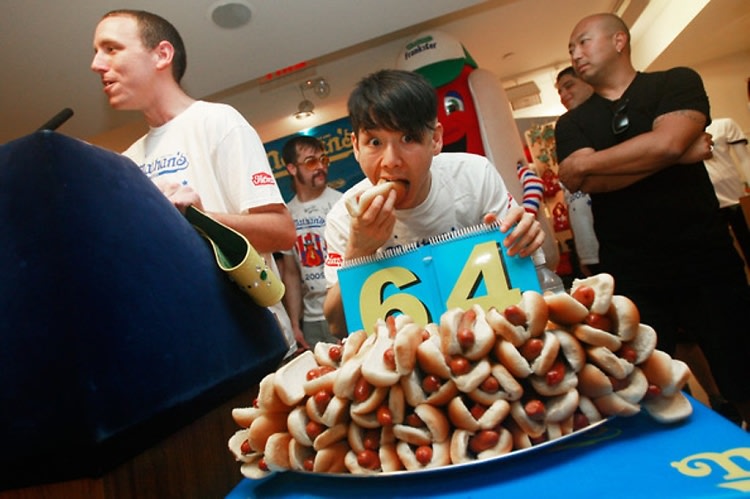 Takeru Kobayashi tries to get a head start. 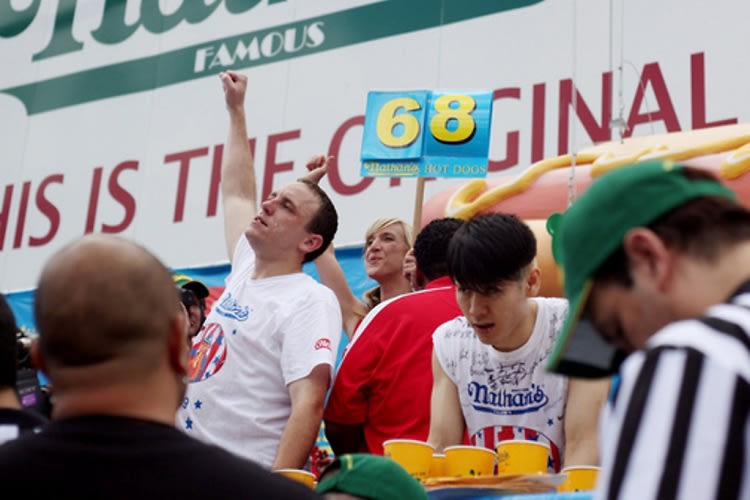