Zara Phillips doesn't have an official title, but she is part of Britain's royal class.  Thirteenth in line for the throne and known for her simple lifestyle, she wed rugby star Mike Tindall in Scotland this weekend in a ceremony fit for a Queen. 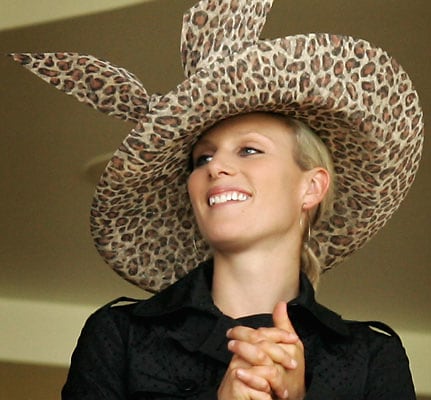 The second child and only daughter of Princess Anne and her first husband, Captain Mark Phillips

She is keeping her maiden name

She's an accomplished equestrian and won the World Championship. She was voted BBC Sports Personality of the Year in 2006.

She holds her degree as a physiotherapist specialising in Equine Physiotherapy, from the University of Exeter

She has her own equestrian clothing for Musto Outdoor Clothing 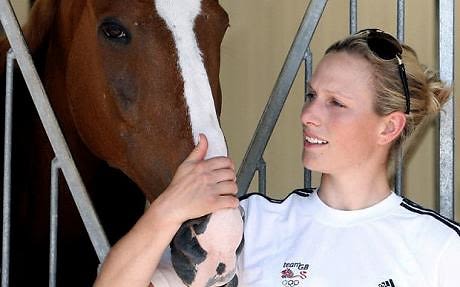 Zara married Mike in an ivory silk faille and silk duchess satin gown with a drop waist  by designer Stewart Parvin, couturier to the Queen. She had pockets hidden her skirt, so you know this woman is the smart and practical sort. Her veil was a silk tulle cathedral-length bouffant style with a short blusher.  Her shoes were Jimmy Choo and her tiara, called the Greek Key, was lent to her by her mother, Princess Anne. 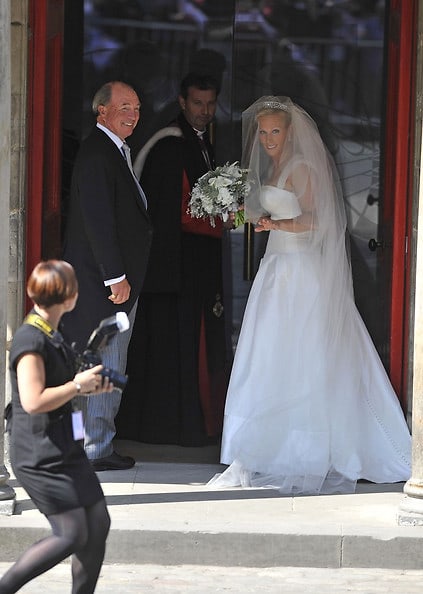 The guest list included senior members of the royal family, including Prince Charles, Camilla, Prince Harry, Kate Middleton, Prince William, and the Queen, as well as rugby players and UK celebrities. The ceremony included religious readings as well as a reading by Princes William and Harry from kid's book The Velveteen Rabbit or How Toys Become Real by Margery Williams, a cute touch. 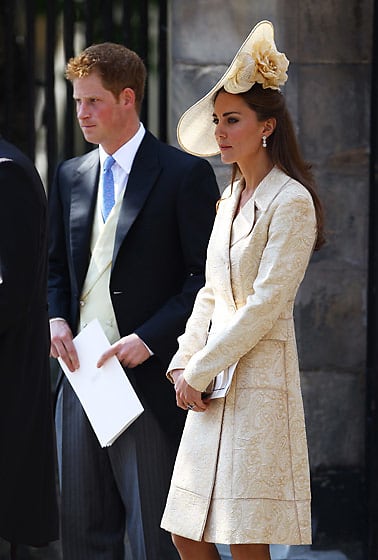 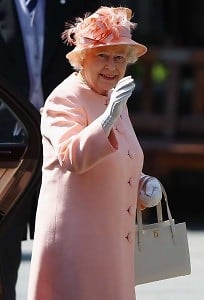 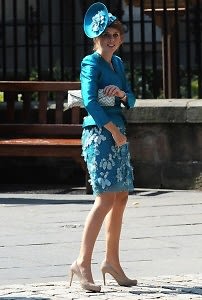 After the private ceremony at Canongate Kirk on Edinburgh's Royal Mile, guests head to 12th Century palace, Her Majesty’s official residence in Scotland for the reception. Dinner included lobster and crayfish cocktail, Scottish venison with dauphinois potatoes and a chocolate fondant with strawberries.

There was a vodka fountain for shots and guests got crazy.  A royal source tells the Daily Mail:

In addition to shots, guests were served a Snow Leopard, drink mixed with amaretto, cachaca with cream, rose water and coffee.  A jazz band played and guests took to the dance floor, play fencing with green umbrellas that had been laid out in case it rain, reports the Daily Mail.  Zara’s father, Captain Mark Phillips, was found sleeping on an armchair in his hotel bar at 2.30am. 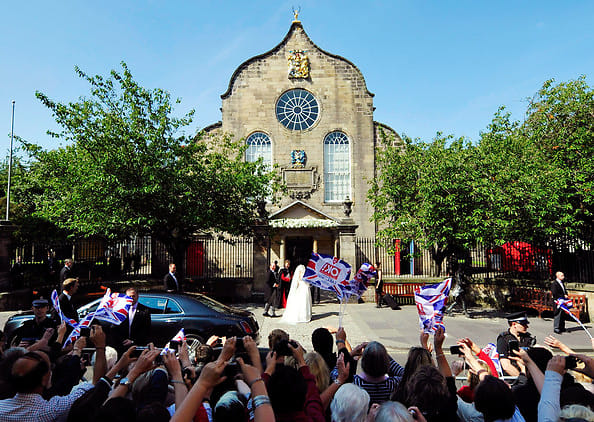