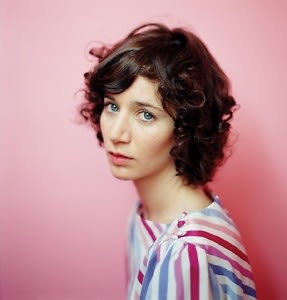 You may know Miranda July from oh, I don't know, everything. This ultra-capable beauty is a self-described filmmaker, artist, and writer. Allow us to add producer, editor, and actress to that unending list. Her latest project is a film entitled The Future, which she both wrote and stars in. We'll see it if for no other reason than to determine whether or not July can pull off a theorizing, talking cat as narrator.

Born in Barre, Vermont on February 1, 1974 as Miranda Jennifer Grossinger

Both of her parents are writers

Grew up in Berkeley, California

Is married to director Mike Mills

Narrated by a cat named Paw-Paw (voiced by July herself)

Tackles themes such as disengaging from technology, what it means to know someone else, and embracing the future

What else we know:

Critics have called it "surreal","precious","devastating", and "brilliant"

NOWNESS features a scrapped scene and brief interview with July

Opens this Friday (the 29th) at NYC's IFC Center; July will be in attendance for Q&A

What can't this woman do and how could you not love her? July's ideas and energy seem boundless. Without actually knowing her, I can tell that she's fun and quirky, refreshing and bright. Plus, she accurately displays what I know must be the countless advantages and joys of dropping out of college! Her personal website is funny, creative, and insightful, as was her Learning to Love You More site, a seven-year project that inspired thousands. We certainly believe people when they say July's one of the most interesting artists around today and, like them, we can't wait to see what she does next. 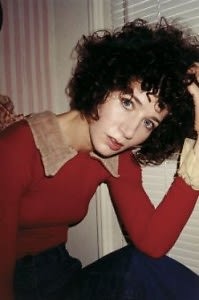