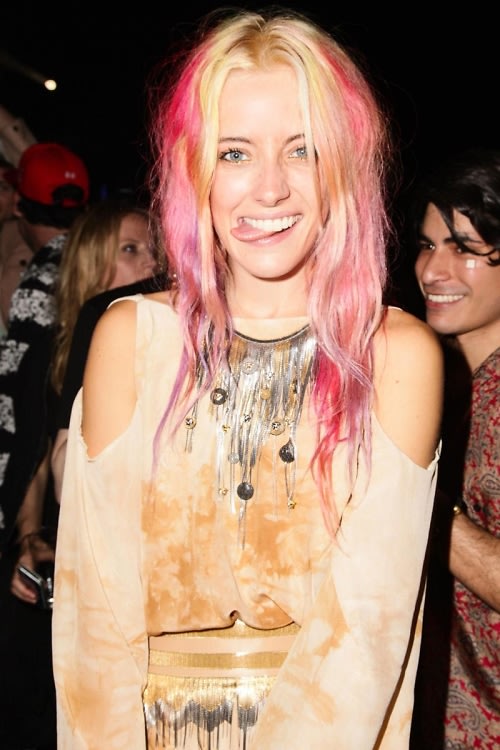 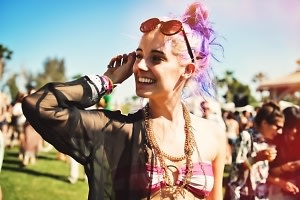 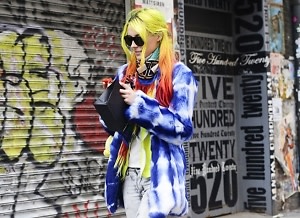 With her technicolor hair, "love everything" attitude, and style that ranges from runaway to rock star, Chloe Norgaard looks more like she belongs dancing at Burning Man than dressing up backstage at Fashion Week. True, the almost cartoonish California-native is not fashion's typical "It," girl but that's exactly what makes her so standout chic. Starting her modeling career amid the neon lights of Japan, the ever-colorful Chloe is quickly capturing the attention of the entire fashion community, working both catwalks and campaigns around the world. She even managed to snag the coveted spot on the cover of Scott Lipps' hot-off-the-presses photog book, Poplipps. Since that hard-to-miss hair is popping up everywhere lately, and its owner is showing no signs of slowing down, we've decided to delve into this Danish babe's bohemian universe before she jets beyond ours.