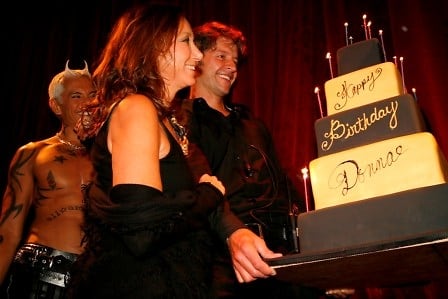 "I'm designing for an international man and woman. A creative person who never knows where a day is going to take them," says Karan. "That's why New York is on the label. It sets the pace, the attitude."

Donna Karan started her company after working at Anne Klein in 1984 with her late husband Stephan Weiss. She is now a household name, with women around the world looking forward to her new lines. Yesterday, the designer celebrated her 60th Birthday with a grand party at the Box. Donna Karan has said: "my luxury is my family." Included in her family (besides the hundreds of employees and fans) are her three children and six grandchildren.  She defvides her time between NYC and East Hampton and is in the process of building a family home on the island of Parrot Cay in the Turks and Caicos.  Traveling back and forth, she still manages to look fashionable in any setting.

[Donna Karan Proves 60 Is The New 30, Celebrates At The Box] 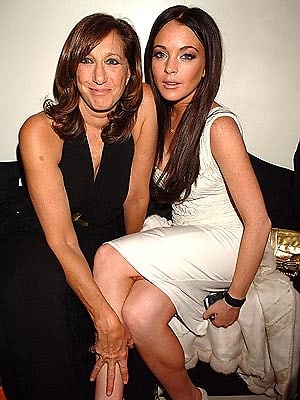 Some of her current lines include the Donna Karan collection, DKNY Essentials, DKNY, DKNY Jeans, and DKNY Tech. These were combined with well-tailored coats and bold accessories, everything made of luxurious materials. As the clothes followed the body closely without excess detail or overt sexiness, the effect was both spare and sensuous. Her idea was to design only clothes and accessories she would wear herself - the best of everything for a woman who, like her, is a mother, a traveller, perhaps a business owner, someone who doesn't have time to shop. They are definitely in the status category. 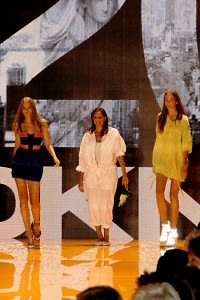 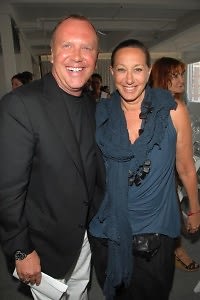