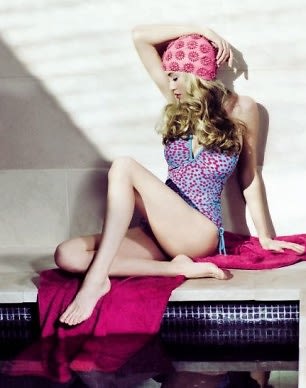 Just when you thought the frenzy of the Royal Wedding and Will and Kate's North American tour fiasco was over, another Brit is thrown into the royal mix.  Florence Brudenell-Bruce's star has been steadily rising in the U.K., now she may start attracting some international attention.

This lingerie model and Bollywood actress can add dating Prince Harry to her list of accomplishments!  However, the big question is, 'is she suitable for anything beyond a fling? [via]

Started modeling after being discovered at 15

Referred to as "Flee" by close friends 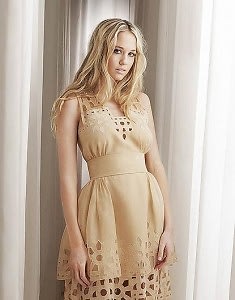 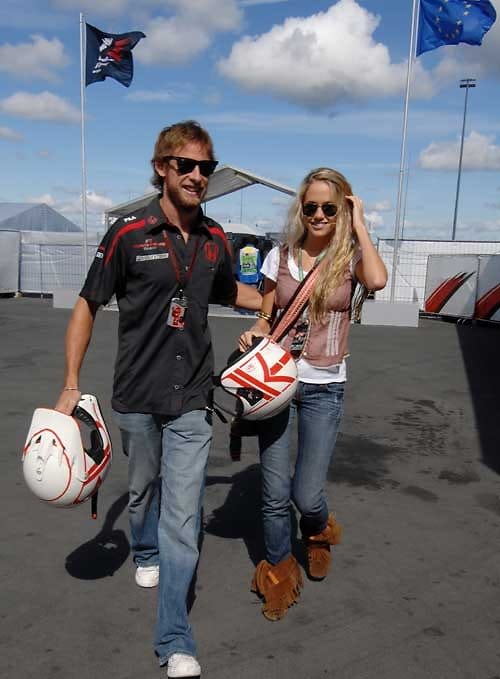 How She Met Harry:

It's reported that the pair has been friends for quite some time.  They started dating after Prince Harry finally ended his long and drawn out relationship seven year relationship with Chelsy Davy.  Although she's been tight-lipped with the press, Harry's lucky new girl seems to be smitten, telling her friends,"I think I'm in love".

After walking out of Topshop at 15, and being discovered by a modeling scout, this blonde has been featured in a number of lingerie and swimwear ads for Knickerbox at Ann Summer, John Lewis, Elizabeth Hurley's swimwear collection, and also Remington Hair Care Products and Adidas.  She even tried her hand at a little acting!  Flee had a brief stint in a Bollywood movie Love Aaj Kal, she later said that her blonde hair and fair complexion wouldn't make for much success in Bollywood films.  I think it's fair to say she has a point.  She seems to have found a place of familiarity in an airy smart phone app commercial:

With her racy photos, racier than Pippa Middleton's butt of course, could she and the Prince's relationship ever see the light of marriage? 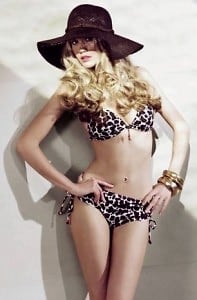 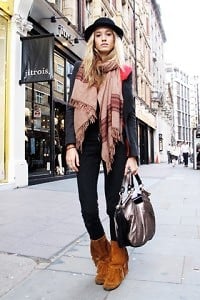 The deep dark secrets of her family have already begun surfacing, and the source of warning? Flee's very own cousin, Lady Catherine 'Bo' Bruce!  Bo has stated her concern that their families troubles with substance abuse and rehabilitation won't blow over so well at the palace.  Despite the past of her family, Florence counts a navel piercing gone awry that she hid from her parents when she was 14, as single step into the wild side.

Don't let Flee's modeling pictures fool you, there is more than what meets the eye, sort of.  She describes herself as an art enthusiast, taking after her father who collects art.  She studied the History of Art at Bristol University, proof that her fancy for artwork isn't for show!  She even went on to say,

I enjoy collecting art more than I do buying clothes.

Her taste for the finer things, seemingly genuine nature, and her privileged upbringing may be her saving grace of approval with the less modern members of the Royal Family.