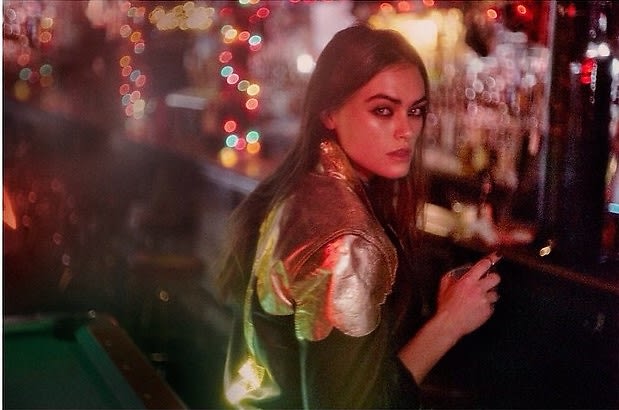 After former Calvin Klein model Kate Moss spoke those infamous words, "nothing tastes as good as skinny feels," they seem to have become the norm in fashion. While designers will publicly claim that their clothes cater to women of all sizes, we can't help but notice they prefer to advertise their designs on bodies that are more coat-hanger than curvy. But Calvin Klein has recently garnered some attention for paving the way with its new campaign star, Myla Dalbesio. While it is an issue unto itself that a woman with perfect bone structure, defined abs, and a pretty bangin' bod would be considered "plus-size" in the biz, at least Myla can't be called "average." Besides her knack for modeling, which she stumbled upon during her years of pageantry, this gorgeous 27-year-old is also a celebrated performance artist with a dare-to-go-there personality that has already caught the attention of supporters like Chrissy Teigen, and us, of course.