There's no recipe for personal style, you either have it or you don't. That's a good thing, because if we use the Suri Cruise formula, the magical ingredients for that je ne sais quoi might be a crazy scientologist, Dawson's Creek and a boatload of money; to which we would respond that we're perfectly fine swimming in fashion ignorance, thank you very much.

This little one's got something. Content to vary kiddie outfits with looks rather mature, she mixes it up with the eclectic, effortless ease the likes of a Sienna Miller or the Sunday crowd at Gitane. If she's rocking mini heels now, when she's in her twenties she can likely take Louboutin tall to new heights. Mix in some lime green boots, ballet flats, conservative polka dots and silver leggings; this baby girl has us hooked, beyond any regard for the absurdity that we can't wait to see what the child assembles next in her uptown street chic streak (and let's be honest, we also look forward to seeing whether she keeps her cool or, not too far a stretch of the imagination, grows to be rather "eccentric").

Putting momma Katie's boyfriend jeans overload to shame, and since Tom has never been known for threads (and permanently resides in the nut house of public perception), Suri has already outdressed the fam. No matter which direction her style goes, we give the little one permanent points for putting together looks years beyond her tender age. 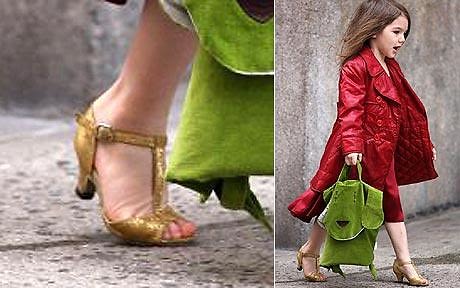 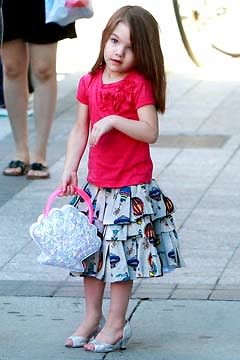 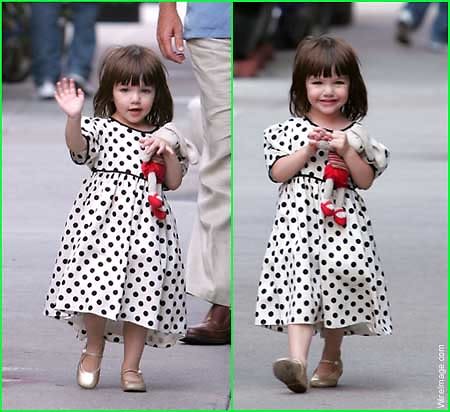 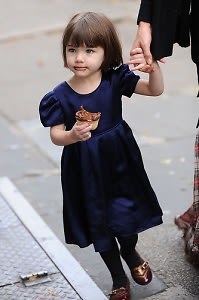 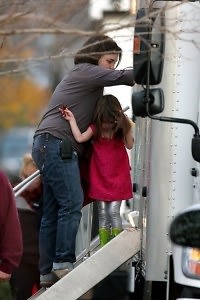 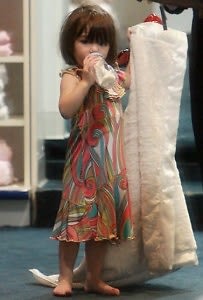 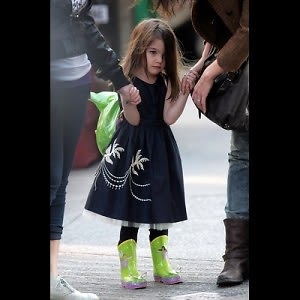 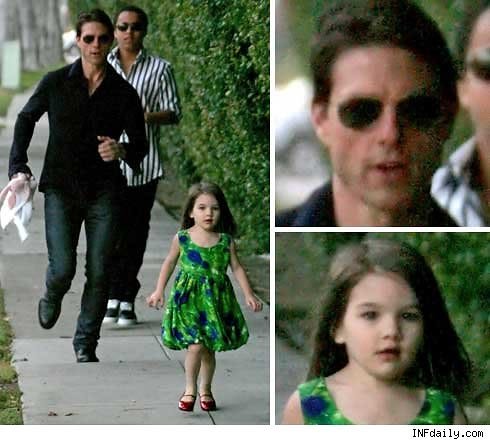 You've got the right idea, little one. Keep running.