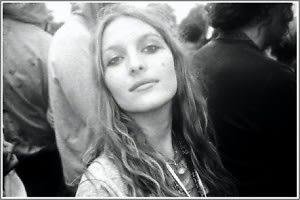 [Picture via Du Jour] If you, like I, were as utterly infatuated with the article in Vanity Fair's June issue entitled 'Fortunte's Children', to the degree where I wanted to plaster it on my walls like an adolescent teen might with a Jonas Brothers spread, than I'm sure you caught sight of the long haired, wide eyed, Josephine de la Baume. Sprinkled amongst the Santo Domingos, Missonis, and royalty, the daughter of the Baron and Baronne de la Baume was featured with her younger brother, Alexandre. While the 24 year-old actress hasn't made major headway yet on the big screen for herself, she's already a big name in the jet-set crowd. This, with her noteworthy style, her new well-known British boyfriend, and her family name, and the stir she's starting to create is only bound to get bigger.

Besides being swathed in creatively coordinated outfits, made up of major designers with indie detailing, Josephine dabbles in a number of careers. And we don't use the word dabble to indicate working lightly, but as an indication of, she does, in fact, do quite a lot. As an actress, she starred in a 9 minute film alongside Margherita Missoni as a party girl, entitled I Am An Island in 2008, co-starred this year in Some Kinda Fuckery, due out this year, and is filming a movie called Boogie Woogie. Other projects include the band she is in with her brother, SingTank. 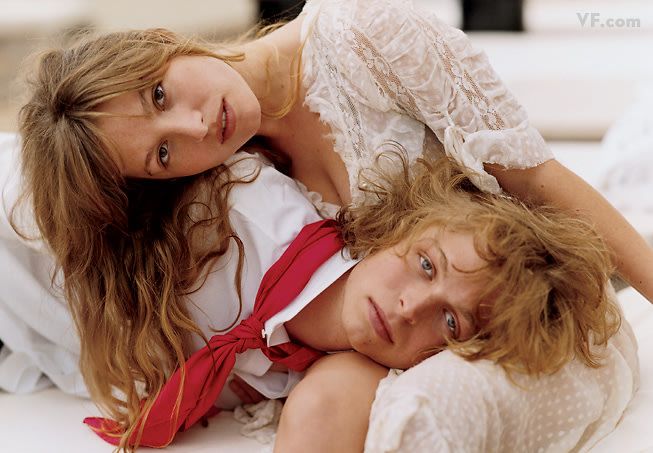 On top of her wardrobe, her stylish boyfriend, and the fact she's an heiress who spends her days doing more than lounging poolside, we can appreciate Josephine for her sense of humor. Even though her grandfather owned the world's largest freight-inspection company, and her closet is about as cool as Barney's, she seems unguarded and honest. Or about as unguarded and honest as a millionairess can be. Who else when asked her age would answer with "still retarded", and when asked about her vices, responds with "pretty much every single existing one"? 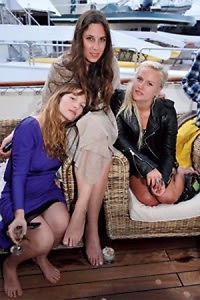 Even though Josephine has both residences in Paris and New York, and has been spending more and more time in the US recently due to her boyfriend, Mark Ronson (yes, brother to Samantha and Charlotte) and her acting, we don't know if we can truly claim her as our own - and it's not just due to her citizenship. Her style is anything but all-American, but not surprising considering her background. As she says to Vanity Fair, "We're half Swiss, half French. But not too Swiss". While we're not quite sure exactly what that means, we do know one thing: Not too many all-American girls can rock some of the looks that Josephine pulls off. Even if you do see her sporting the occasional piece, she doesn't cite labels like Chanel or Prada as her favorites. Not surprisingly, the individualistic Josephine picks Rick Owens, Rodarte, Gareth Pugh, and Ricardo Tischi for Givenchy as her designers of choice. One look at her outfit pairings, and it's obvious you shouldn't expect to spot the multi-talented heiress in a department store. You're more likely to find her in the likes of Opening Ceremony, Number 6, and Trash and Vaudeville. [Photo via V Magazine]

And when it comes to men? She thinks they should always have lots of old soft tees in their closet. And colored socks. So we're guessing that's what boyfriend, music producer Mark Ronson, must keep stocked up on. The famous brother of DJ Samantha Ronson and fashion designer Charlotte Ronson has only been dating Josephine for a few months, but when it comes to style, cute accents, and jet-setting, these two might be a perfect match. Potential next big "It" couple in the making? We're sure it's a very happy relationship too - when asked what the first thing she does when she wakes up, and the last thing she does before she goes to bed, it's the same thing: "Make love, drink water." Better hold on to this one Mark. We're sure there's guys lined up at the door. We, on the other hand, would be lined up at her closet. [Picture via Purple Diary]