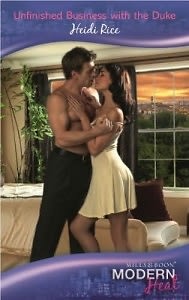 Move over Fabio! Taking the place of the long haired I Can't Believe It's Not Butter spokesperson as ultimate romance cover lover is New York model Timothy Adams. Despite being in his early 40's, he still has the chiseled body that makes women (both those primed for tales of ribaldry and seduction and in general), salivate.

Timothy's first foray into modeling for book covers was a no brainer and began when it was discovered that he looked good without a shirt. You may be familiar with his body of, um, work if you've read such gems as “Sins of the Highlander,” “Welcome Home, Cowboy,” and “Unfinished Business with the Duke,” all sadly overlooked for the Pulitzer.

But along with baring his flesh for flashes of cash as cowboy, gladiator and damsel-in-distress-embracer, he also has other talents. He has appeared doing a handstand on the cover of Men's Heath and flexed his theatrical muscles on "Guiding Light," "All My Children," "Law & Order," and in the movies Virgin Suicides and Die Hard With A Vengance.He also co-starred on "Sunset Beach" where his co-stars referred to him as The Naked Guy, The Half-Dressed Guy, Pecs, Chester, Ken Doll, Muscles, Bounty [as in the quicker picker-upper---of women).

Starved for attention as the middle child of five, he is quick to let people know he is not just flouncy blond mane, penetrating blue eyes, and bulging biceps. 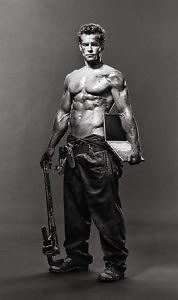 He has a degree in computer science and ran a trucking company when he was younger says his website, which plays the song "Don't Let Me Be Misunderstood," by The Animals and has the tag line "Just a soul whose intentions are good."

And if you were wondering what makes him GoaG-worthy, just ask yourself why The Situation is famous.