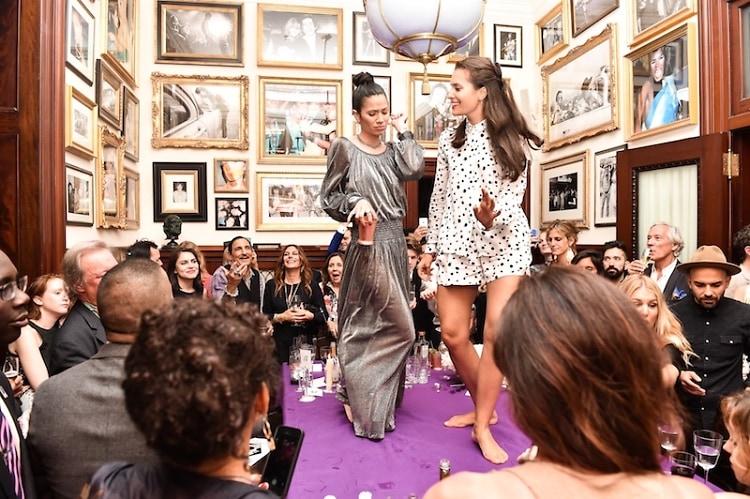 The Met Life Tower was abuzz last night, as it finally made its debut as the New York EDITION, Ian Schrager's second U.S. outpost (his first being the inescapably fun Miami EDITION) of his newest boutique hotel line. Despite the perfect weather outside, the hotel lobby and dining area quickly got warm as an eclectic crowd scurried to join in on the action, and become a part of one of the biggest social and cultural events of the season.

As if the opening of the hotel wasn't enough, the EDITION teamed up with Stefano Tonchi and W Magazine to launch their annual Art Issue, this time featuring Yoko Ono on the cover. Both Schrager and Tonchi hosted an intimate but exciting dinner featuring dozens of notable fashion and cultural personalities, including Tommy Hilfiger, Chrissy Tiegen, Emily Ratajkowski, Jason Wu, and Mazdack Rassi. The dinner took place on the second floor, which is reminiscent of Berners Tavern at the London EDITION.