We're feeling the Monday blues pretty fiercely today; The World Cup is done, Fourth of July is done, and all of the sudden summer is halfway over. Soon it will be WINTER again! Before we get too despondent, lets take a look at some things we can still get excited about this summer.- 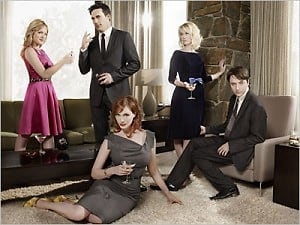 It's been a long, hard, Mad Men-less winter, and we are SO excited to get back to 1964. On July 25th, we'll finally get the answer to a lot of questions we've been asking ourselves since last November: Will Betty Draper be back for Season 4? Will Sterling Cooper Draper Pryce succeed? Will Pete and Trudy have a baby? Will Peggy Olsen stop sleeping with Duck? (That was unnecessarily gross, in our opinion.) But most importantly: Don Draper is a free agent now! Who will he hook up with first?! 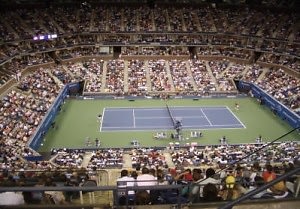 It was cool to watch the World Cup games on tvs at bars, but we missed out on part of the excitement by not being there. Luckily, the US Open happens on our home turf, and there are plenty of seats still available. Rafael Nadal, Andy Roddick, Andy Murray and Roger Federer are all set to compete for the title, as well as a (newly coiffed and subdued) Serena Williams.

And who knows? There might be an exciting repeat of the record breaking Isner-Mahut match from Wimbledon (though probably not...).  Either way, the summer of sport isn't over yet! 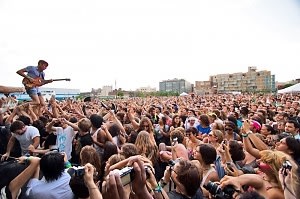 Hopefully you're ready for this Jelly! (Sorry, sorry...won't make that joke again.)

The famed Jelly Pool Parties had a rough time of it this year, but they're in full swing now, having kicked off the summer with yesterday's Xiu Xiu concert.

Don't recognize any of the bands? Expand your musical tastes this summer, or at least enjoy the al fresco music and the NYC skyline backdrop. 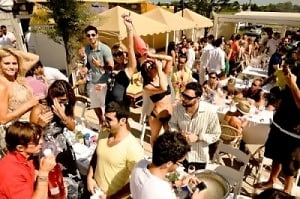 It's not over til it's over, and Labor Day is Summer's official last hurrah. Disappointed by your mellow Fourth Of July? Is your lack of a beer belly worrying you? Labor day is your last chance to live it up this summer with BBQ, drinking, vuvuzelaing, tanning, and swimming. And please don't worry about any adverse health effects: you have all winter to detox and hide yourself in sweaters.

The End Of The World-Iminent 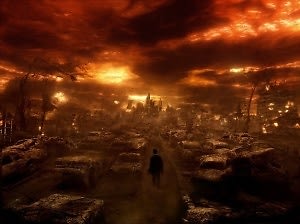 Everyone seems to be talking about how the BP Oil Spill may have set off a chain of events that will lead to a mass extinction of life on earth. Thanks BP!

We're trying not to get too worked up about it (seems a little Y2K-ish), but it's definitely something to keep in mind. If you consider that the end of the world may be coming soon, the end of the World Cup doesn't seem that bad after all!