Wikipedia has gotten some heat lately for publishing the "answers" to the Rorschach blot test, which psychiatrists have been administering to patients for over 90 years. Bad news for analysts, great news for us! After reading the Wikipedia page, we at Guest of a Guest feel fairly confident we can accurately analyze your social life, thus saving you thousands of dollars a year in therapy!

So go ahead, tell us: What does the image at left make you think of?

The Bacardi Bat, you say? Well, OBVIOUSLY. So far, you're perfectly normal. Next: 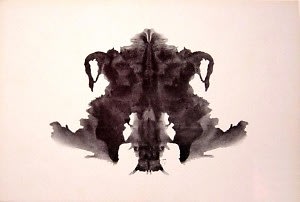 A big, hulking man, standing guard, ready to stomp you after giving you a onceover? Ok, you've been clearly scarred by trying to get into Bungalow 8 in the days that Disco guarded the door. It's time to move beyond Disco's shadow! Try going to Mansion--everyone gets in there. 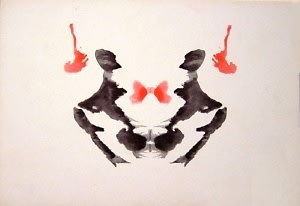 You see two men bringing bottle after bottle of chilled champagne or ice cold vodka to your table, and--wait, are you crying?? Okay, CLEARLY you're haunted by the death of table service, which according to recession wary club-owners across the city has gone out of vogue. Don't worry though! It's still there, just under a different moniker. Ask for "bottle service" and you'll have waiters rushing over right away. 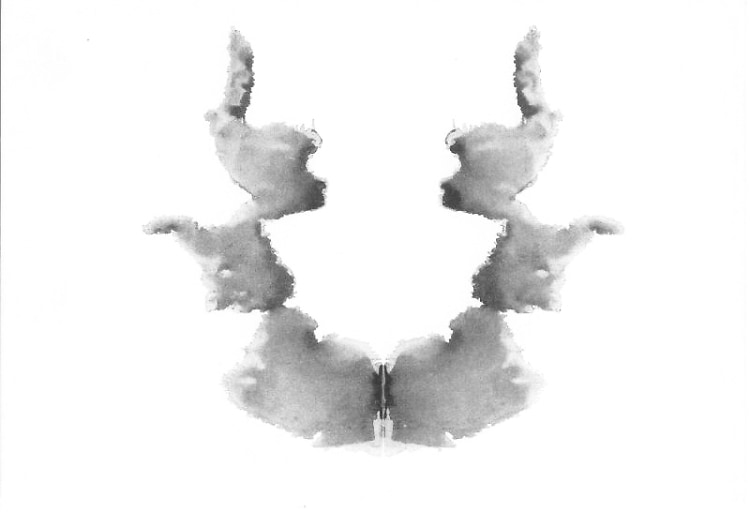 Two beautiful women...huge icy rift between them....a staredown...passive agressive confrontation...frenemies....Right, so, what you really see are Olivia Palermo and Tinsley Mortimer fighting to the death for the title of NYC's number one "it" girl. This has been hard on you, right? On the one hand, you love Tinsley, her ever-perfect hair, her willingness to cut a rug with Topper, the fact that she's seemingly omnipresent. And yet, there's Olivia, once possibly framed, whose catty yet beautiful presence on The City made her break-out faux-reality television star of the year. It's really, really, hard being caught in the middle of something like this, we understand. But just know that you can love them both equally. And keep reminding yourself that whatever problems they have with each other is not because of anything you've done. 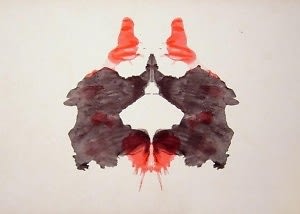 Two guys, clinking brewskies over a campfire on the beach? Wow, that's...that's disturbing. Hate to be blunt, but you're obviously very disturbed. As soon as you start coming up with, dare we say, quasti-pastoral answers to the Rorschach Blot, you clearly are in psychotic territory, and need to remind yourself of what is actually important in life. Get yourself to a crowded club or trendy lounge ASAP. For your sanity.