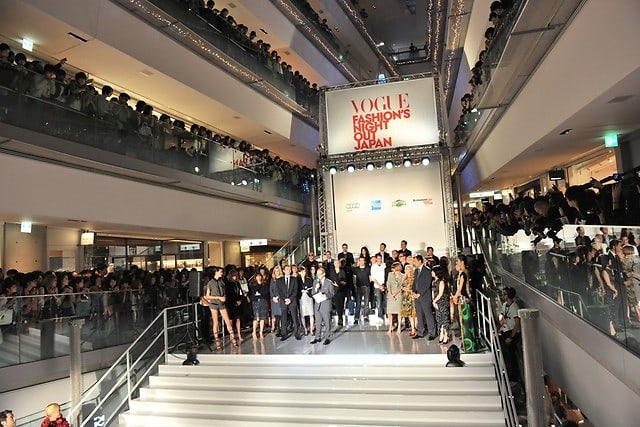 This past weekend, Fashion's Night Out hit Tokyo for the first time ever. Vogue editors from around the globe, including Anna Wintour, visited the fashion-forward city to celebrate the Japan's FNO debut, alongside designers like Michael Kors, Roberto Cavalli, Derek Lam, Christopher Bailey, Kris Van Assche, and more.

A Vogue dinner at the Grand Hyatt Tokyo Friday night kicked off the beginning of FNO: Tokyo. Here, 17 of Vogue's international editors were photographed together for the first time in a family-like portrait. 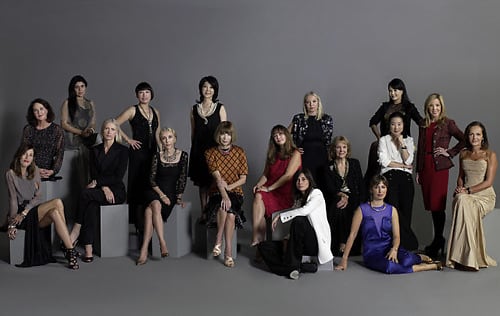 [A Vogue Family Portait, Photo via]

Jonathan Newhouse, chairman of Conde Nast International, spoke about his reasons for creating the event in a country recovering from so much devastation after the tsunami last March.

“I thought, what if we could get all of the editors to come; that would make a very powerful statement. When there’s trouble, it’s not enough to send a sympathy card…in a way we’re the only ones that can do this,” Newhouse said. [WWD]

Tavi Gevinson and other fashion bloggers were out and about, snapping photos of the installations inside stores, like this army of mannequins at Prada (below), and Anna Wintour even tried her hand at making a few rice paddies! 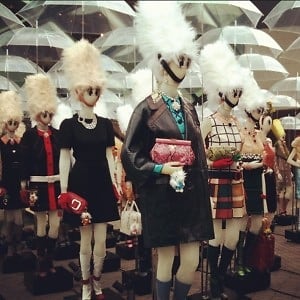 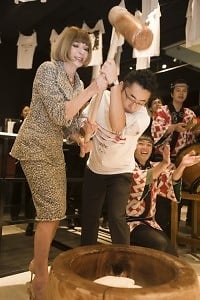 After such a huge success, Fashion's Night Out is planning on returning to Tokyo.