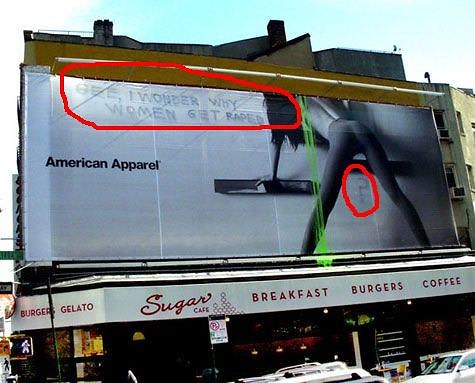 American Apparel notoriously loves getting people all riled up. Especially with it's racy ads and especially on the billboard over Houston street. Well the latest one shown above was no exception and got a lot of people talking about the company and their sexist ways. Then some graffiti artist thought it would be cool to write in the following words circled in the above photo on said ad. Blah blah blah....more and more talk. Now this is the ad and everybody seems content. Ah another doggie styled day on Houston Ave. 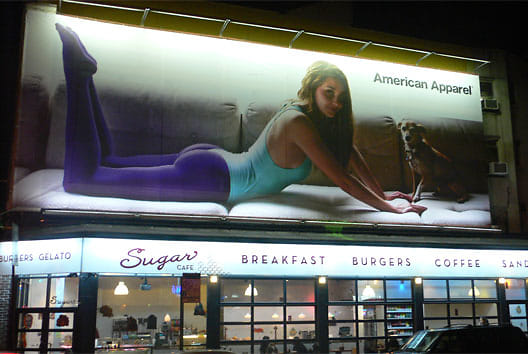