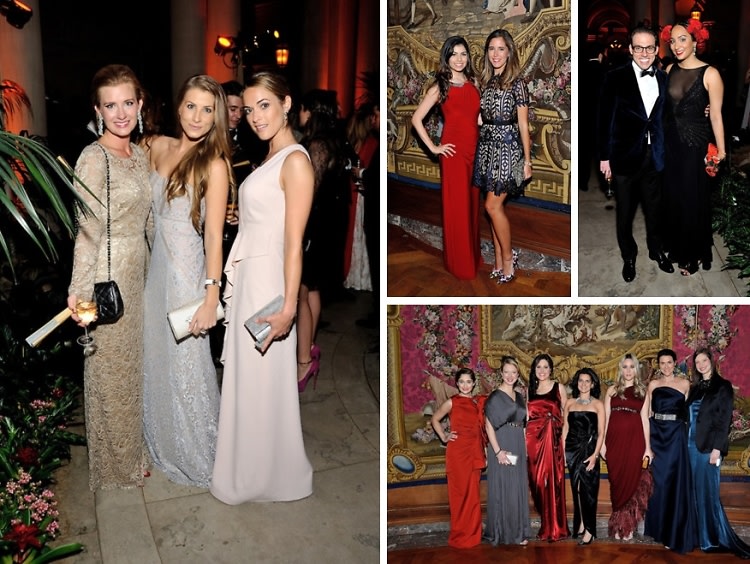 The Frick's 16th annual Young Fellows Ball was no doubt on every major social calendar last night, as most of New York's glamorous young art enthusiasts made bold appearances. This year's theme, A Dance at the Spanish Court, was inspired by the special exhibition, Coypel’s Don Quixote Tapestries: Illustrating a Spanish Novel in Eighteenth-Century France. The influence of classic Spain was prevalent in some of the night's best looks, which included red floral hair accessories and even fans by Lanvin, the event's sponsor. Did you make our best dressed list? Click through to find out!