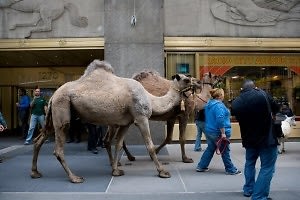 NYC, the city where dogs run on treadmills, socialites get jobs as lowly assistants, and camels can be found walking around the streets of midtown. Everyday you will find only-in-NYC moments, however as the holiday season approaches, the ratio of craziness tends to increase exponentially.  Case in point: the animals arriving at Radio City Music Hall for the nativity scene. Obviously.

As the humped desert mammals strolled along the avenue, sheep and donkeys joined for a slew of farm noises mixing in with the honking and other sounds of our city streets. A line of Mrs. Santa clad Rockettes happily received their performance partners, standing in uniform and smiling at the furry friends joining the annual show. 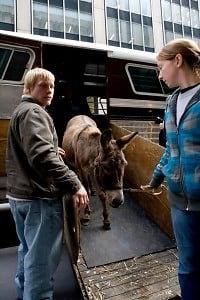 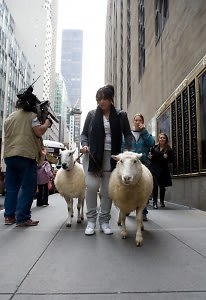 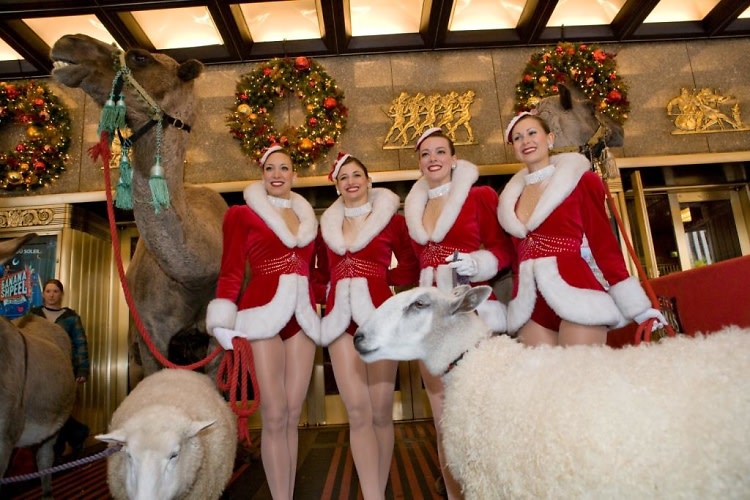 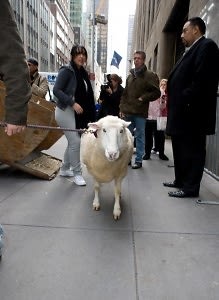 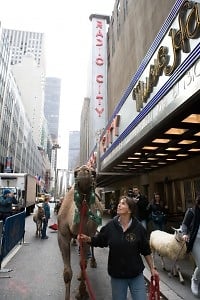 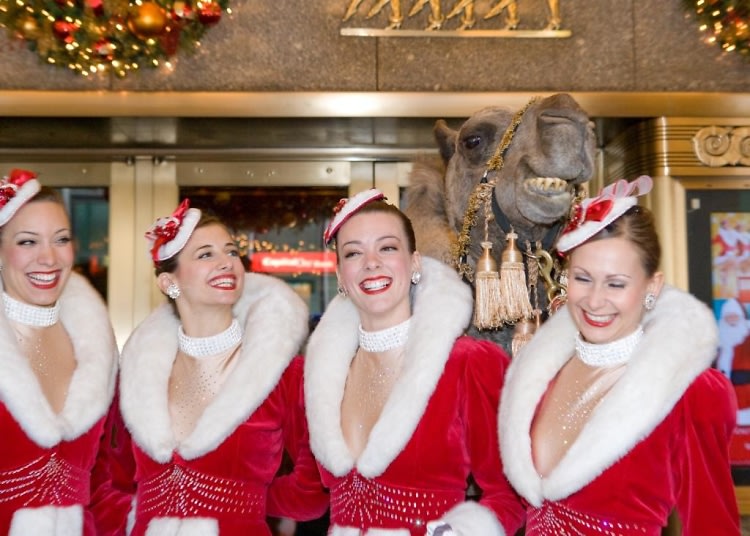 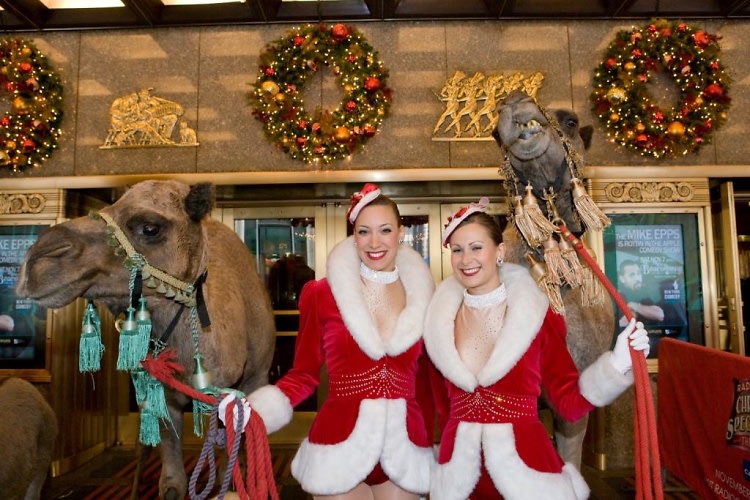 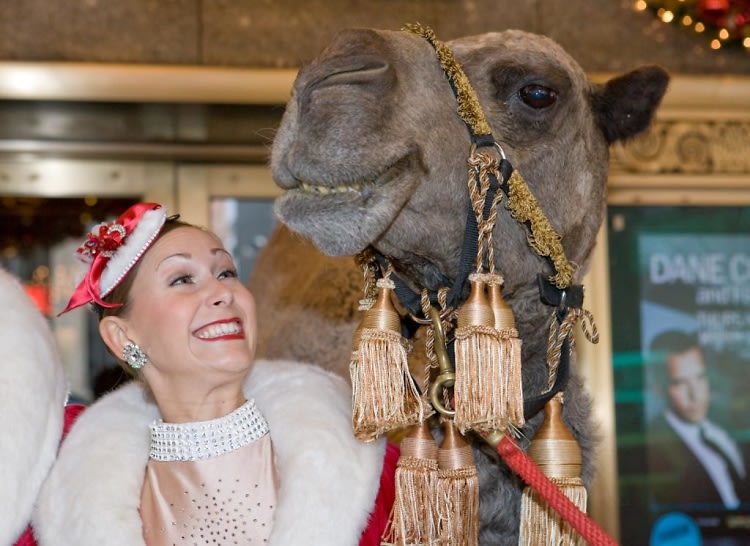