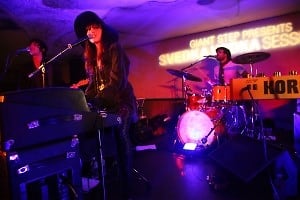 Remember in July, when Wale kicked it at the Hudson Hotel with DJ Mark Ronson, and it was like 80 degrees out, and the roof was open? That was not quite the case for Thursday night's second Svedka Vodka Session in New York City (third total), with October's first night approaching closer to a cool 50 degrees, but if you had to bottle fall, that's exactly what you could have done with the Hudson Hotel's atmosphere. Adorned in a Janis Joplin style hat, singer Diane Birch (left) crooned out an intimate set to a Svedka-sipping crowd, including Jill Zarin, and The Vampire Diaries' Kayla Ewell... Along with One Life To Live actor Nicholas Rodriguez. And what is a Svedka party without their signature photo booth? Props were provided to anyone interested in getting in on the action. Even if you aren't the lights-camera-action type, we'd still recommend giving the Svedka photo booth a shot; It automatically re-touches you, evens out skin tone and coloring, and can even slim your face. Now that's definitely worth a photo with two fem-bots on your fridge. 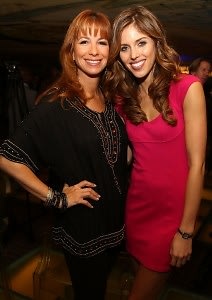 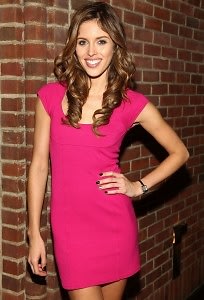 Jill Zarin, Kayla Ewell [All photos by WireImage via Starworks]