[Patty Hughes, center, with her fashion girlfriends.] Last night, fashion met finance for the third g*d-d*mned time since the event debuted last summer. The concept is simple and painfully reproducible: put together women of the sartorial stripe and men of the financial sector and, naturally, the Big Bang will follow. I, like many voyeurs before me, entered with the mission of scribbling down some juicy exchanges between douche-bankers and fashiontards. Sadly, everyone we talked to seemed to be surprisingly tame and down-to-earth. Now don't get me wrong: the crowd most definitely consisted almost entirely of the gender-career pairing that creator Jeremy Abelson was looking for: suited men with shiny foreheads and calculated scruff, dressy women with French nails and those Egyptian-style flipfops. Yet the stereotypical personalities were not in tow. For example: the most common answer we got as to why the ladies were there?

"Networking." Really? Most women didn't seem terribly interested in meeting someone to "facilitate their pre-30 retirement plan," as Abelson puts it. And the men's most common answer was the hourlong free vodka open bar. "I like this vodka," said a guy in a muscle shirt with bulging biceps who had come along with some guy friends in finance. "It's real smooth."

This is all after Abelson personally instructed his underlings to ask attendees to produce an ID and a business card at the door, so as to prove that the men were from a respectable financial instution and the women from some sort of fashion thing. Would a high-powered women in finance be let in? "She would absolutely be denied entrance," he told us before the event got started. "Forcefully. Forcefully."

Despite these stringent measures, we managed to find Kelly, a finance lady in a neat black blouse who had been let in without any problem. Her male friend Alvin, however, had encountered some difficulty: "They charged me ten bucks! That wasn't on the Web site." And the problems at the door extended to the fairer sex, too: Jacqueline Troccoli, who was legitimately in fashion, had to call her employer to convince the doorman to let her in.

Held at at Midtown East's epicenter of douchebaggery, the "luxe" Nikki Beach, the Fashion Meets Finance "franchise" has garnered a lot of press for godfather Abelson. He's popped up on every New York City blog known to man, written columns for the Huffington Post, and even appeared on a Dr. Phil segment. Most of the coverage gawks at the extreme caricature of wealth, power, and beauty that Abelson has so deftly crystallized and put on public display. The vulgarity of his enterprise is something he embraces, albeit with a bit of tongue-in-cheek: "This is New York's own disgusting version of rich men and hot girls."

Filthy rich men once have been blowing insane amounts of money on hot girls for years, but it happened in clubs that nobody outside of that world cared or knew about. That's what made Fashion Meets Finance 1 and 2 so appealing -- and appalling -- to the public eye. The gimmick, however, is growing stale, and the true douchebags are migrating elsewhere. Even so, making $10 off each banker is going to line the pockets of Abelson & Co. nicely. So will there be a Fashion Meets Finance 4? $20 a head. 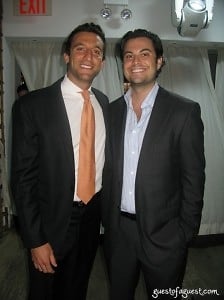 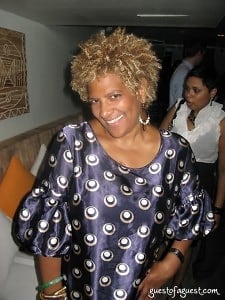