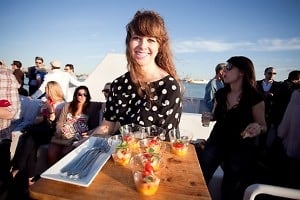 Are you working? Are you drinking something other than a cocktail? You idiot. The Manhattan Cocktail Classic kicked off Friday with a gala at the New York Public Library, and there's still 36 more hours of cocktail camaraderie and carousing to go. What's the Cocktail Classic? We're glad you asked.

The Manhattan Cocktail Classic is "Part festival, part fête, part conference, part cocktail party." What does that mean? Seminars! Tastings! Lectures! Mingling! Drunken dancing! The slate for tonight and tomorrow includes The Agave Session: The Magical Elixirs of Mexico, Hands-on Cocktails For Everyone, Esquire Magazine's Spring Fashion Launch, and From Glass to Grass: The Rum Experience.

Know what else happens at the MCC? BOOZE CRUISES. The booziest, most beauteous cruises of all:

Photos from this year's "Around the World in Five Cocktails" cruise, courtesy of Metromix.

According to the festival's website, the whole shebang is "the brainchild of thirteen of the world’s greatest bartenders, bar owners, writers, educators, critics, consultants, ambassadors, and generally solid folks [GOAG says, read: tremendous lushes] with whom to share a drink or three." Leading the pack is champion bartender Dale DeGroff. The WSJ notes that he's known as King Cocktail, and is a cocktail mentor who has fully mastered the champagne cocktail. His picks for hot drinks? The Sazerac ("a mix of whiskey, bitters and simple syrup") and the Ramos Gin Fizz. And, perhaps most important to those legions of increasingly agitated Sex and the City fans, Sir DeGroff is credited with inventing the Cosmopolitan. He claims, however, that he only "changed the recipe to make it taste good."

Other cocktail oligarchs in attendance are the Simon Ford, winner of numerous cocktail industry awards; Doug Frost, one of only three people worldwide to pass both exams for Master Sommelier and Master of Wines; and David Wondrich, the foremost expert on cocktail history . . . whom Conan O'Brien once labeled "a crazy, bearded Civil War general." 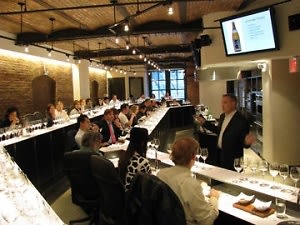 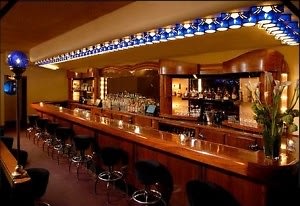 The Astor Center and bars/lounges around the city. Want to bump into a cocktail enthusiast outside of the Classic's hours? Swing by some of their favorite nightspots: Pegu Club, Flatiron Lounge,and the original P.J. Clarke's.

Check out the full schedule here.

Well, for one thing, they can probably do this, no problem.

1. The MCC requires 25,000 glasses for their cocktail festivities. That's more glasses than the party company could find in New York, so they were forced to import booze vessels from other states.

2. They're connoisseurs of cocktail history, including the original definition of the cocktail, as printed in The Balance and Columbian Repository in 1806:

Cock-tail, then, is a stimulating liquor, composed of spirits of any kind, sugar, water, and bitters – it is vulgarly called bittered sling, and is supposed to be an excellent electioneering potion, inasmuch as it renders the heart stout and bold, at the same time that it fuddles the head. It is said also, to be of great use to a democratic candidate: because, a person having swallowed a glass of it, is ready to swallow anything else.

3. Dude, judging from their events schedule, they drink at 11 am on Tuesdays. Our advice to you: take Tuesday off.