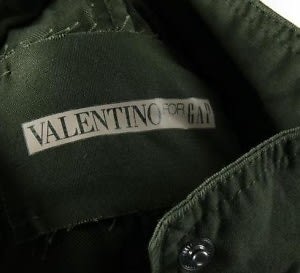 Designer collaborations have been a hit since Isaac Mizrahi made his first pair of pants for Target. It's nothing new, but it's still exciting. Lanvin's recent line for H&M had women waiting in line for hours and flew off the shelves in mere minutes. The next big name designer partnering up for affordable fashion? Valentino for Gap!

Valentino creative directors Maria Grazia Chiui and Pier Paolo Piccioli just launched the capsule collection. Sadly, it is currently only available at three places, all of which are overseas.  Le sigh. Gap's new Milan flagship store, Dover Street Market in London, Colette in Paris and Gap's flagship store in London are the chosen ones.

But you're smart and savvy. Living in the age of Internet it's safe to say there are ways to get your hands on the clothes if you set your finger tips to keyboard.

Unlike past Gap partnerships, Pierre Hardy‘s unmemorable shoe designs and Stella McCartney's cute but unwearable for anyone but kids line, this actually includes item you will want and be able to wear. Prices range from around $150-$310. 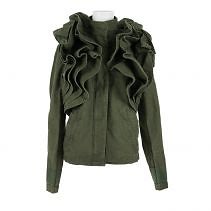 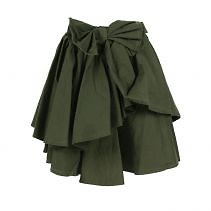 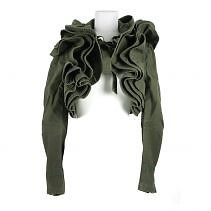 In other Designer Fashions On A Budget news, The Kaiser himself, Karl Lagerfeld, has signed a deal with parade throwing corporate giant Macy's to create an affordable ready-to-wear line that will range from jeans to gowns. It should be available in stores and online Fall 2011.  Tom Ford is also rumored to be the next high fashion templar to bestow the racks of H&M with his talents.