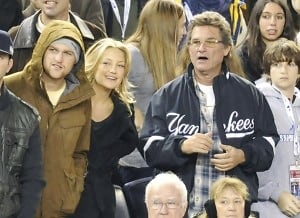 In a jaw-dropping defeat last night, the Yankees lost the first game of the World-Series to the Phillies. But if you were playing our World Series Drinking Game, you probably had a pretty good night anyway!

According to our drinking game, you were supposed to take two sips every time Yogi Berra was mentioned (a lot, since he threw out the first pitch!), and a drink every time you see Kate Hudson (often!), and then you probably drank yourself in a tizzy once the Yankees lost, so, good times, right? Maybe all the snipers who were there to protect Michelle Obama and Jill Biden made the players nervous. Better luck next time, guys! 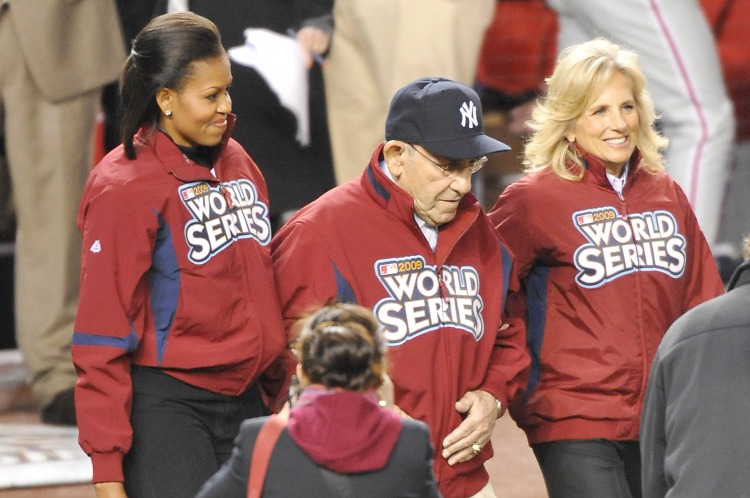 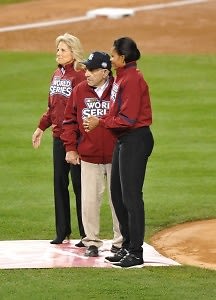 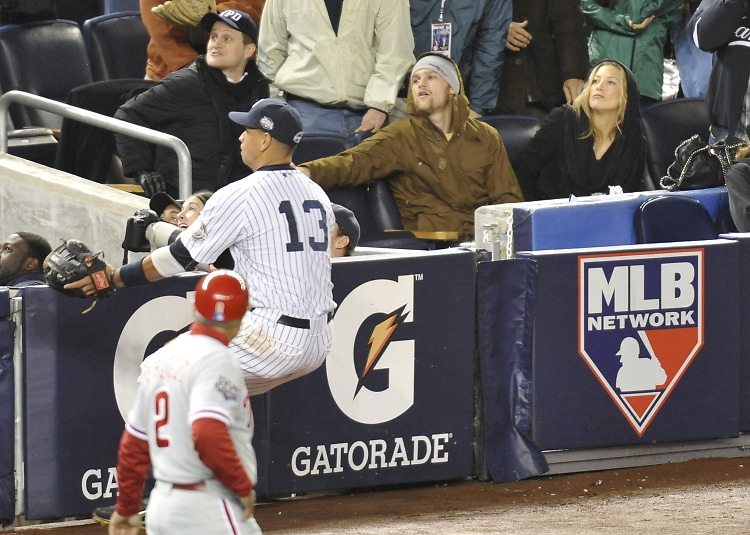