Lady Gaga has been laying low since her epic amount of costume changes on the VMAs and hanging out with Marc Jacobs at NY Fashion Week. However, the singer and style icon was spotted Wednesday night at GILT at The New York Palace Hotel unveiling a new project alongside rapper/producer Dr. Dre that had nothing to do with with bloody musical performances or her upcoming tour alongside A-list D-bag Kanye West...The singer now has her own line of headphones adding her name to Dr. Dre's popular Beats By Dr. Dre Headphones family with Heartbeats By Lady Gaga. The ear pieces are complete with a metallic crystal -shaped designed body because it's Gaga and there's no way she would add her name to something that wasn't stylishly bejeweled. 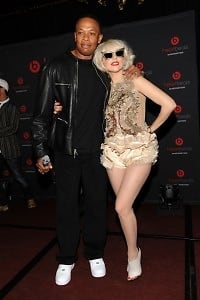 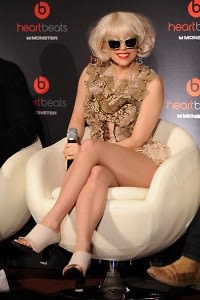 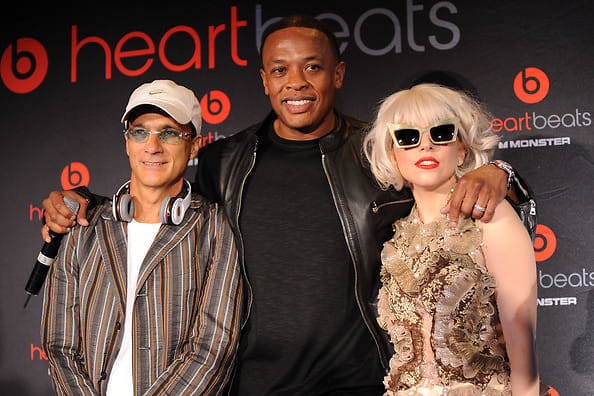