Go HERE for more photos by LENNY EMERY and TAG YOURSELF and YOUR FRIENDS!

Did you know that Stuart Weitzman is a competitive ping pong player? According to Derek Blasberg, he practices with a robot. We're not exactly sure what that means, but last night, the shoe designer/table tennis pro hosted a ping pong tournament at the new SPiN ping pong club, in support of Ovarian Cancer Research. Guests, including Joy Bryant, Kristian Laliberte, Carol Han and Robert Fowler snacked on mini hamburgers, truffled popcorn, and cheesecake balls. More story and photos below.

The exclusive club costs $600 to join, so you should probably be really into ping pong if you're going to shell out. Also, there is a bullet proof window that overlooks the subway, so players are sure to be safe from ping pong-hating terrorists. 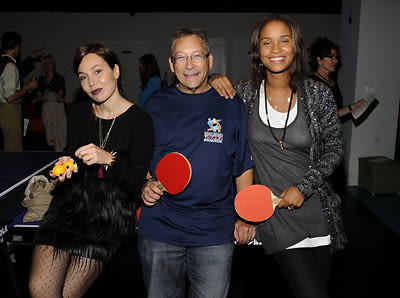 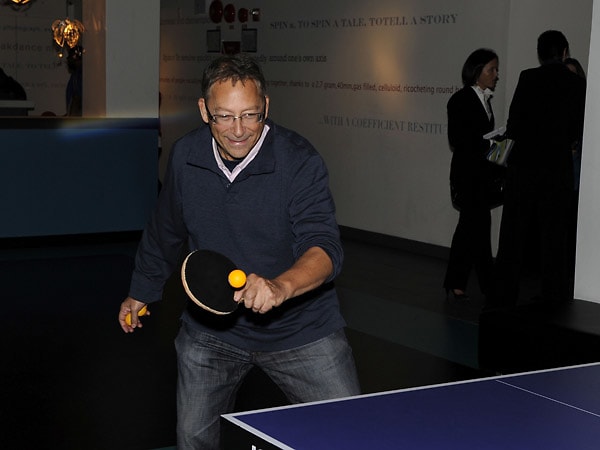 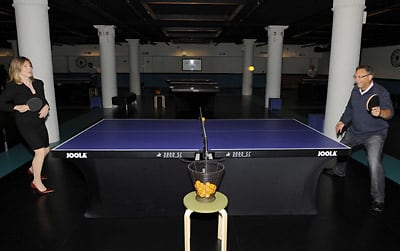