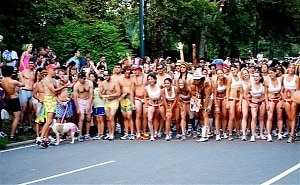 The past few weeks we have been noticing a large number of New Yorkers stripping down in public as temperatures soar. There was even a performance art piece this Monday that involved people getting naked on Wall Street. This weekend, runners will be taking it off for the Jamaica Underwear Run.

Forget expensive race gear. This event, which is pretty gross sounding when you think about it, takes place in Central Park and requires the some 500 runners to strip down, giving those involved a chance to show off their body and the results from daily workouts leading up to the 1.7 mile race. 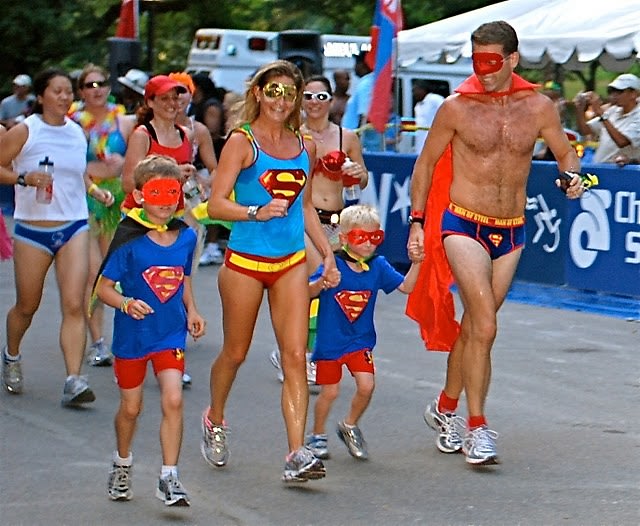 In 2009 the Jamaica Underwear Run broke the world record for the greatest number of people gathered in their underwear. But this isn't the time to bust out your La Perla. There are rules.

The New York Times spoke with the organizer John Korff who stated:

“Our one rule is no thongs.”

Women also keep their shirts on, and the event looks tame enough that some runners brought their young children.  Sponsored by Nautica and oddly, Qdoba, those who cross the finish line get a free pair of boxers. If you see some one in those branded boxers at Qdoba, don't freak and call the cops. They are just cashing in on the $5 off promised by the promotion.

Here are a few more shots from years past: 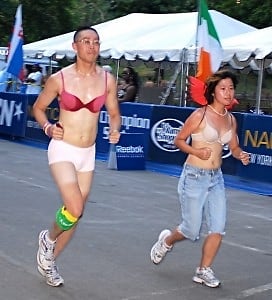 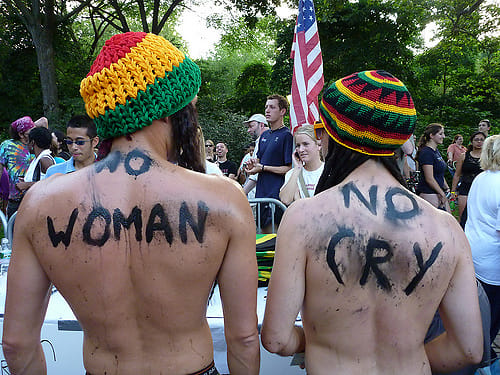 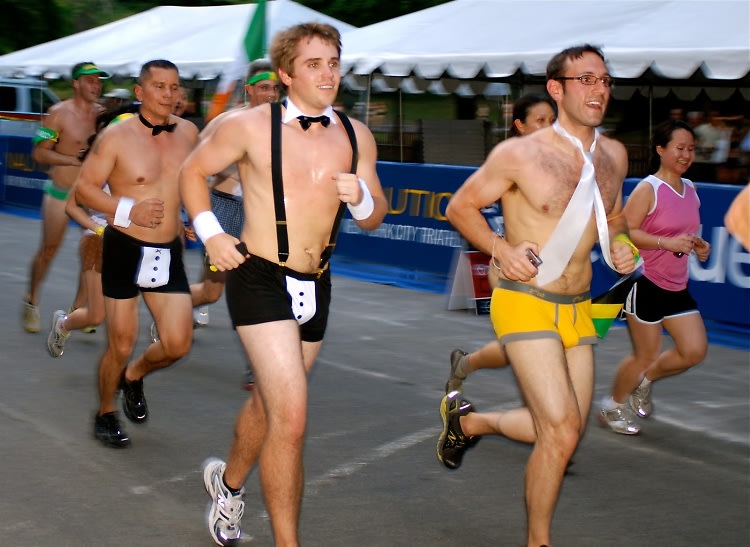 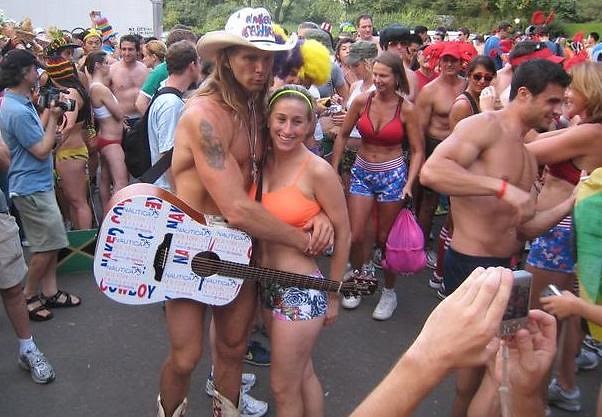 Did you really think the Naked Cowboy would miss this? [Via]

[Getting Naked In The City...In Public, A Growing Trend]