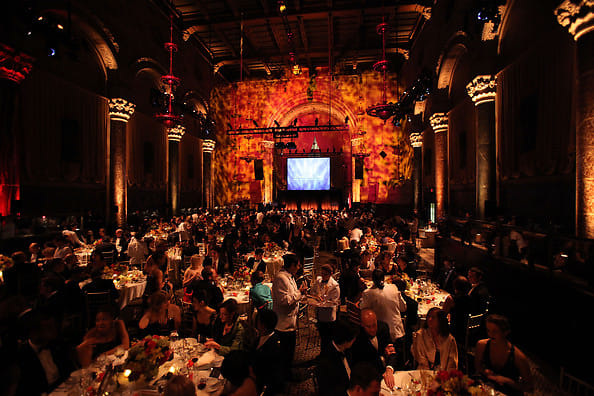 Adam Rapp, Mandy Patinkin and Martha Plimpton were just some of those seated at the impeccably set formal dining tables, tickets for which contribute to the more than $7 million worth of scholarships, fellowships and apprenticeships already funded by the philanthropic organization.