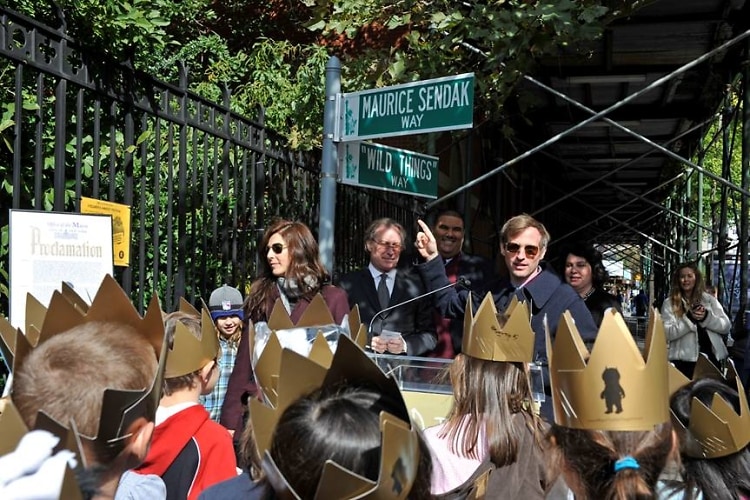 Wednesday, October 14th was officially declared "Where The Wild Things Are Day" in New York City. So now, not only does the trendy childhood book get a blockbuster film, but it gets its' own day too. Oh, and a New York City street corner as well in anticipation of the film's release tomorrow. Wild Things Director (and one smoking hot NYC bachelor) Spike Jonze joined actress Catherine Keener to temporarily name the cross streets “Maurice Sendak Way” and “Wild Things Way” in honor of the book's author Maurice Sendak. NYC & Company CEO George Fertitta, Deputy Chancellor at the Department of Education Santiago Taveras, and the VP of Public Service for The New York Public Library Anne Coriston, were also in attendance with dozens of third graders from P.S. 41 in Greenwich Village on one very cool field trip as part of Where The Wild Things Are Week here in NYC.